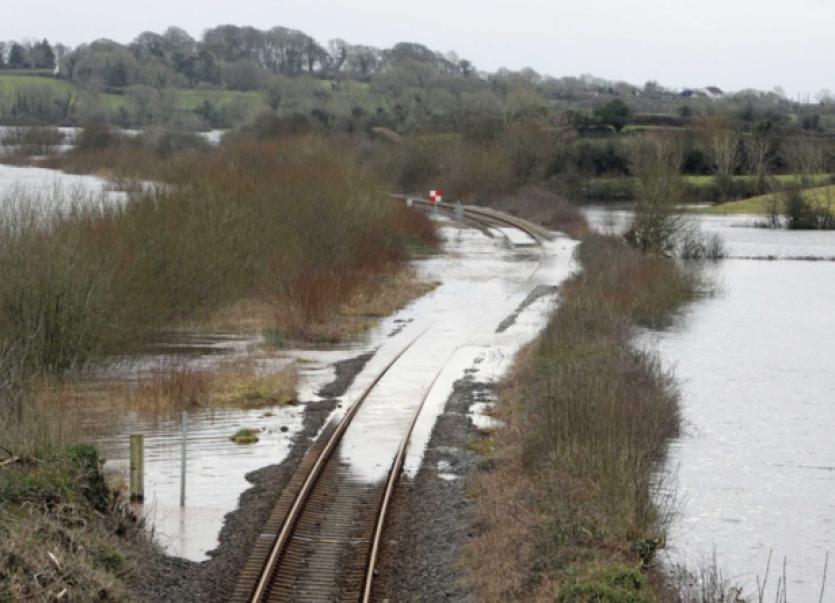 RAISING the tracks at a cost of around €10 million would be a more cost-effective solution than flood relief works around a section of the Limerick to Ennis railway line, Minister of State Brian Hayes has told the Dail.

RAISING the tracks at a cost of around €10 million would be a more cost-effective solution than flood relief works around a section of the Limerick to Ennis railway line, Minister of State Brian Hayes has told the Dail.

He was commenting after Deputy Joe Carey raised the issue of the flooding at Ballycar, which has resulted in rail passengers being left stranded since early February.

Commuters between Limerick and Ennis have had to take bus transfers since the severe winter flooding and Deputy Carey said Iarnrod Eireann was “not expected to re-open the service until the end of May” as the tracks remain submerged.

Various agencies had been “passing the buck” on flooding, which had also affected local farms and families and Deputy Carey welcomed a commitment from Minister Hayes that he would involve an official from the OPW - for which he has political responsibility - in a multi-agency solution.

Minister Hayes said as the chief beneficiary of reopening the track, Iarnrod Eireann had to assume responsibility on addressing the issue.

And the minister criticised a report conducted for the semi-state rail company by RPS consultants that he said had proposed “discharging the floodwaters downstream to an embanked area that already floods occasionally, contains some crucial air traffic control infrastructure, is in part the subject of significant environmental designation and only discharges to the sea when the tide is out”.

“The concerns with this recommended scheme should be clear but the OPW expressed particular concern at a proposal to increase the discharge from the lough to a tide-locked area containing internationally critical low-lying transport infrastructure,” said Minister Hayes.

It had been further noted by the EPA that “the RPS report did not include a cost-benefit analysis of the proposed flood relief works. Proposed works on this scale could only proceed on the basis of a robust appraisal which indicated a clear economic justification for spending €10 million”.

Recurrent flooding which had closed the railway line at Ballycar was a result of the geology of the area. Rather than the proposed flood relief works, Minister Hayes expressed a preference for raising the railway line, which could be done at a comparable cost.

“The OPW also pointed out that the estimated cost of raising the railway line was only marginally more than the proposal, preferred by larnród Éireann, that flood relief works be undertaken. When account is taken of the additional cost of the further mitigating measures that would be required but not covered in the RPS report, the economic argument clearly tilts in favour of raising the railway line,” said Minister Hayes.

Whichever option was settled upon, it fell to Iarnrod Eireann as the main beneficiary “to take the lead on and fund whatever project may proceed, be it flood mitigation works or raising the railway line”.