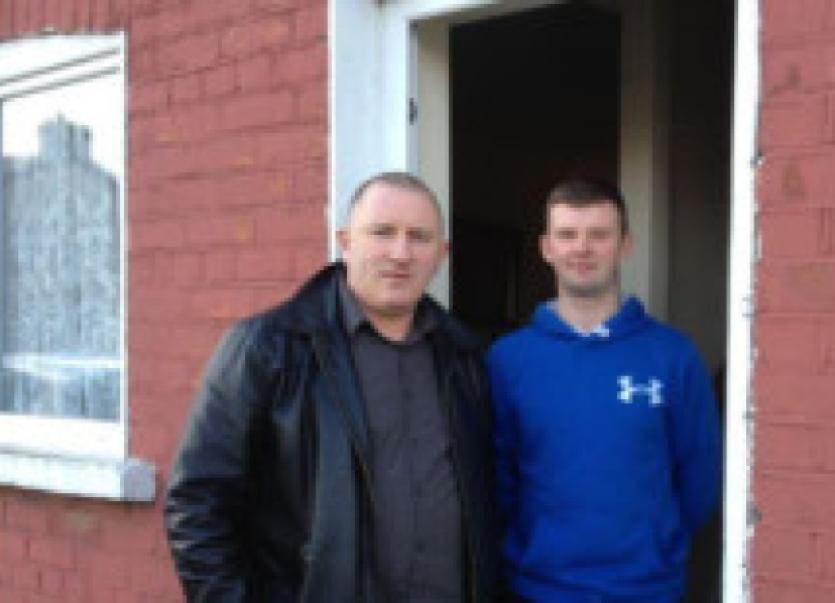 Limerick City Council has been accused of “insensitivity” after they gave a young man notice to quit the home he shared with his late mother - only days before her anniversary.

Limerick City Council has been accused of “insensitivity” after they gave a young man notice to quit the home he shared with his late mother - only days before her anniversary.

Patrick Collopy, 26, is to stage a public protest outside City Hall as the council wants to evict him from the home in Bishop Street by May 21.

He shared the small home with his terminally ill mother Rita, who tragically died aged 50 this time last year.

“A letter was put through my box saying Limerick City Council, the housing authority hereby demand from me [to cease] my unlawful occupation of this house,” Patrick explained, “It is not a nice thing having an eviction notice put through your door. My mum’s anniversary is this week, so it is very upsetting,”

The supermarket worker has been backed in the protest by a number of people including the national Anti-Eviction Task Force.

He has also won the support of a number of politicians including the chairman of the housing committee Cllr Tom Shortt, who thinks the council should use the money pursuing him to reopen a boarded-up house for use by another family.

For their part, the council initially wanted Patrick to vacate the house under the two-year tenancy rule.

After he set up a petition in opposition to this, City Hall appear to have stepped up their pursuit.

Patrick, who is fully up to date with his rent, said he will hold a protest march from the Hunt Museum to the home of City Council in the next fortnight. And he is confident he will have a lot of support.

“People from all over Ireland have been messaging me, and texting to tell me just to give them notice and they will march with me,” he says, “People from UL have even agreed to make banners.”

Cllr Shortt accused City Council of a “certain level of insensitivity” on the case.

“The loss he has suffered with his mother should not be compounded by Limerick City Council through the loss of his home,” he said.

The Labour northside councillor predicted the case will end up in court, but added: “We should not be in the business of making someone homeless. Rather than wasting money on an expensive court case, perhaps City Council should use that money to open a boarded-up house somewhere to house a family. It would be a better use of public funding, rather than pursuing Patrick Collopy through the courts simply to make him homeless.”

Cllr Shortt said because his home in Bishop Street is only suitable for one person anyway, the council should not be making an issue of it.

“It is widely agreed that this house is not good accommodation for a family,” he said, adding: “I do not want to be associated with a council which is going to make people homeless.”

City Council was not available for comment but a spokesperson previously said they could not comment on individual cases.