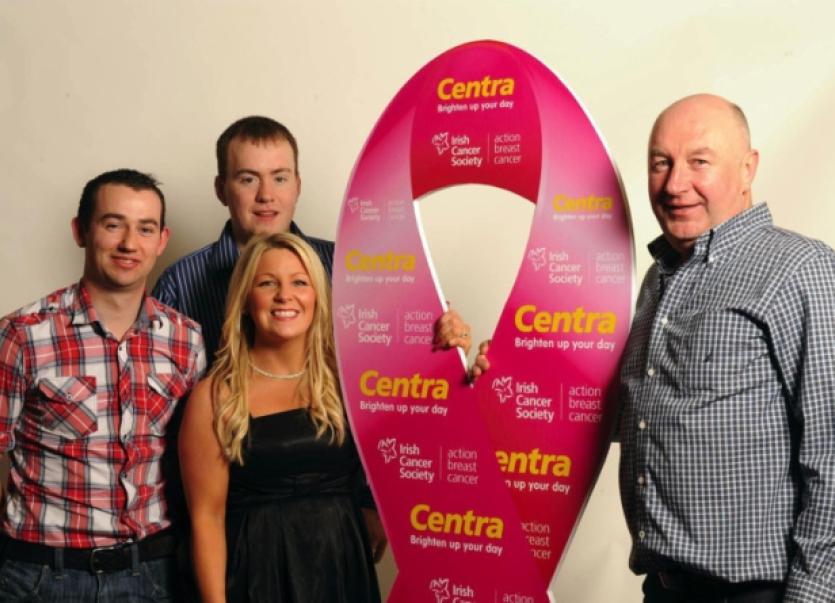 The 21 local stores, in conjunction with almost 200 other Centra stores across the country sold a combined 40,000 limited edition ‘bag for life’ last October, with all of the proceeds going to the campaign.

Instore collection units and Centra own brand pink products such as pink milk, pink flowers and pink fruit and veg also helped to contribute to the overall figure raised.

In addition, Centra’s Pink Walks touched almost every part of the country with nine such events taking place in Limerick.

As a result of the fundraising campaign, more than €21,000 was raised by stores in Limerick.

“We are delighted that our Action Breast Cancer fundraising campaign proved so successful this year, raising over €400,000 for this worthy cause. Centra retailers throughout the country provided unprecedented support by encouraging customers in their local communities to think pink and lend a much needed helping hand to such a deserving cause,” he said.

John McCormack, CEO of the Irish Cancer Society, said the money raised is much needed.

“The support has been wonderful for so many reasons. Not only in terms of raising vital funds but also increasing the level of breast awareness and getting people more active which is a key way to reduce your risk of cancer. We are astounded by the money raised which will help us work towards better support women with breast cancer, as well as funding invaluable research in this area,” he said.

More than €1.4m has been raised for Action Breast Cancer by Centra over the past four years..