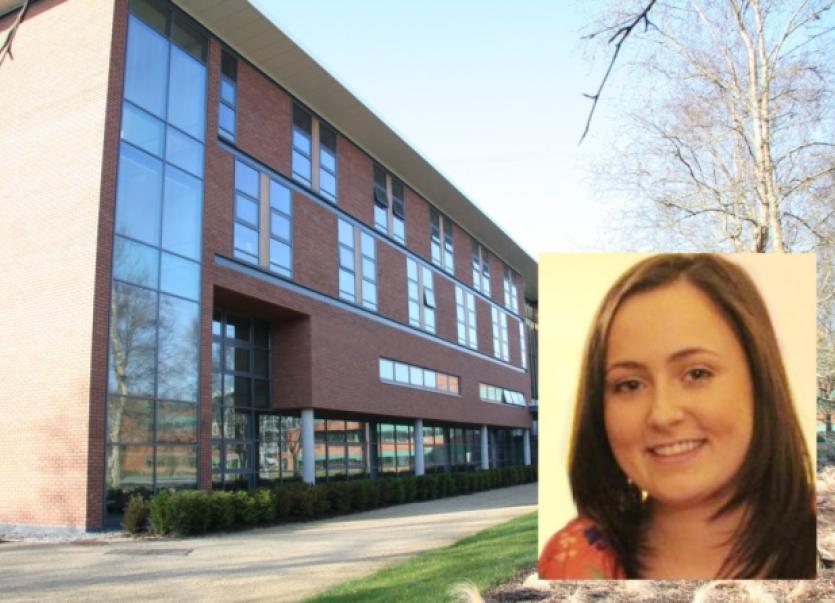 TRIBUTES have been paid to a young woman who tragically passed away at the University of Limerick just weeks before passing her final exams.

TRIBUTES have been paid to a young woman who tragically passed away at the University of Limerick just weeks before passing her final exams.

Twenty-two year-old student Rachael Hogan, from Castletroy, was in her final year of studying business and marketing when she collapsed and died while giving a presentation in the Kemmy Business school at lunchtime yesterday.

From Castleville, Golf Links Road in Castletroy, Rachael was the youngest of three daughters of Michael and Ann, who have been left devastated by the loss and were called to the scene in the university.

A university doctor arrived on the scene within minutes after she collapsed at around 12.30pm, and an ambulance was called. Efforts to resuscitate her were unsuccessful and she was later pronounced dead at University Hospital Limerick.

On the students’ union website, student officers said it was with “great sadness” that they were informing the student body of her loss. “It is an absolute tragedy to lose someone so young,” they said.

A book of condolences has been opened in the students’ union building, and officers also reminded students, and particularly Rachael’s friends, that their support services are available to them on campus to help them “in this stressful time.

“The chaplaincy, counselling service and our welfare office are available to all students, please do not hesitate to contact any of them. Our thoughts are with Rachael’s family and friends during this terrible time,” they said.

Gardaí are not treating the death as suspicious.

A post mortem was carried out to determine the cause of death. Funeral arrangements have yet to be announced.

She is survived by her parents, and her two older sister Sarah and Noelle.