Delays at University Hospital Limerick with 36 on trolleys 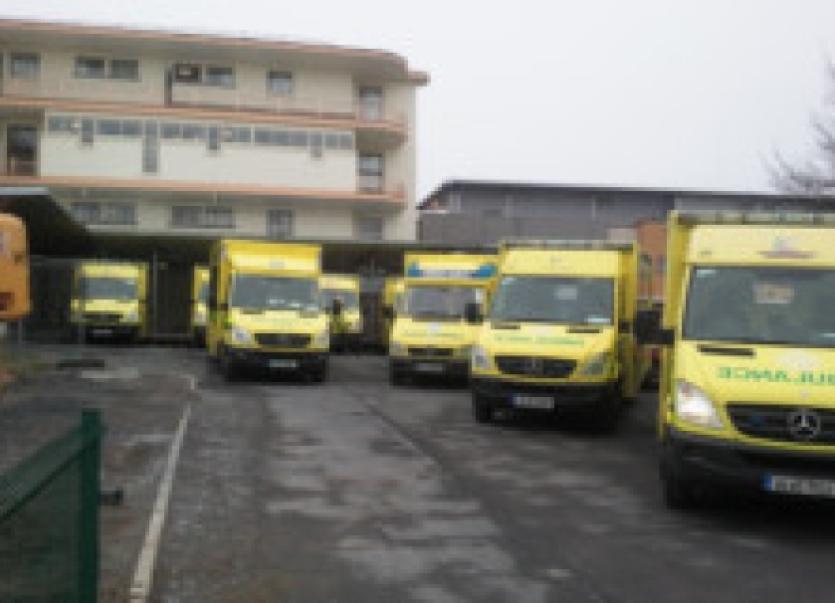 The Irish Nurses and Midwives Organisation counted 36 patients on trolleys in the emergency department on Friday morning - the highest number in the country - and several people who spoke to the Limerick Leader presented a chaotic picture of conditions at A&E throughout the day.

They said ambulance staff waited with patients for around two hours on average before trolleys were returned and the paramedics were cleared to move on to the next emergency call.

Sources also indicated that one patient on an ambulance trolley who was awaiting admission had deteriorated and had to be rushed to the resuscitation room, where the patient later recovered.

As our picture from last Friday shows, there were eight ambulances backing up in a bay designed for four vehicles at one point during the afternoon.

As emergency calls were “building up”, when crews were eventually cleared for the next call, they returned to the hospital only to be delayed for a further two hours on average, it was claimed.

It was also claimed that over the last week many ambulance crews worked 12-hour shifts without a break or having time for lunch.

Dave McNamara from Parteen - who accompanied his ill wife to A&E on Friday morning - said he had observed three ambulance crews discussing how long they had been delayed. He said he had heard one crew saying they were at A&E “for four hours”.

The Leader asked the HSE and the National Ambulance Service to comment on the claims and requested a comment on the percentage of ambulances, who serving the Mid-West, were delayed on Friday.

At the time of going to press, neither body replied with any detailed comment on the matter. However, there was a “general response” from the HSE in connection to the increase in patients at the emergency department last Friday.

The HSE said that “much of the increase can be attributed to flu and other seasonal illnesses common at this time of year.”

“Hospital management and clinical directors are taking all immediate actions necessary to deal with the increase in demand for their services,” said a spokesman.

The spokesman added patients should continue to seek the advice of their GP before presenting at A&E.