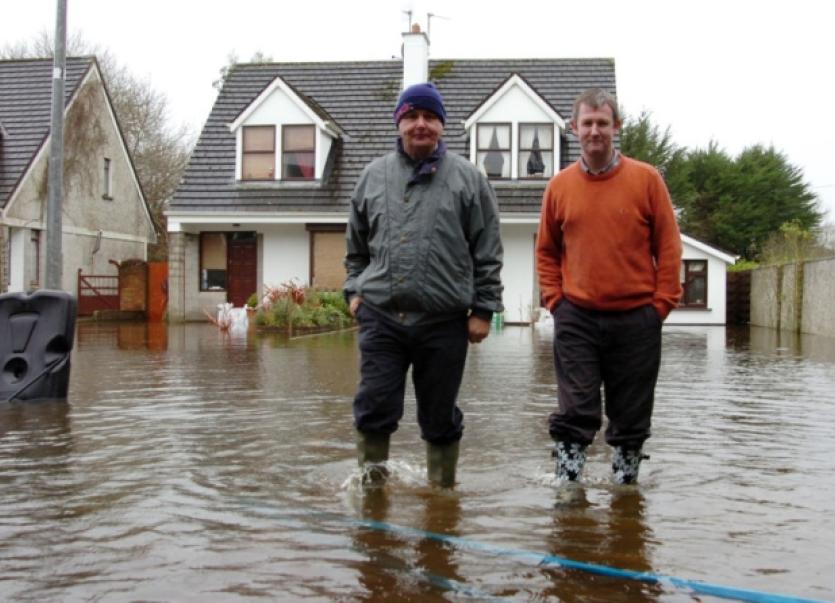 LIMERICK City and Council staff delivered sandbags to residents in parts of Castleconnell this morning.

LIMERICK City and Council staff delivered sandbags to residents in parts of Castleconnell this morning.

Linda Hardiman, who resides in the Meadowbrook estate flooded in 2009, says there is a lot of concern locally.

“We actually have just had the council delivering sandbags to the doorsteps of all of the houses in the estate. Ten sandbags each. It doesn’t augur well.

“It is creeping up and with all the rain forecast for today and the next couple of days it is extremely worrying. It is level with the waste land at the side of our house now so if we have another couple of inches of rain it is going to be coming up to the side of the house,” said Linda.

Linda and husband, John, have bought their own pumps and are hoping for the best.

A Limerick City and Council spokesperson says the situation along the lower Shannon and Mulcair is constantly being monitored by their engineers.

“River levels have remained consistently high throughout the past six to seven weeks. The council is in contact with the ESB on a regular basis to adjudge the potential for flooding.

“The council delivered sandbags to the Castleconnell and Montpelier area on Friday last as is standard when river levels increase at these locations.

“Following the flooding of November 2009, the council built additional flood embankments in Montpelier at the rear of the rural housing scheme,” said the spokesperson.

In response to queries from the Limerick Leader the ESB said the entire Shannon catchment has been in flood since the end of December.

“There are currently high levels in Lough Allen, Lough Ree, the Callows downstream of Athlone and Lough Derg. There are many thousands of acres of lands currently underwater between Portumna and Athlone.

“As part of managing the current flood on the Shannon, ESB has been releasing water at Parteen Weir since Christmas Day. The amount of water, being released at Parteen Weir, is determined by the inflows into the Lough Derg Catchment over the previous 24 hours,” said the spokesperson.

“ESB maximises the release of water from Parteen Weir through Ardnacrusha Power Station before releasing water down the old Shannon route. This release through Ardnacrusha Power Station can be up to 400 tonnes of water a second. This diversion of waters significantly alleviates the flooding and potential flooding along the low lying areas of the old Shannon route.

“There is currently 280 cubic metres per second being released on a continuous basis at Parteen Weir. ESB keeps its water release from Parteen Weir under constant review. This amount was increased on Thursday, February 6 last,” said the spokesperson.

Met Eireann issued a rain warning that heavy rain between 30 and 45 mm was expected to fall in 24 hours today.

“The effect that this rain will have on levels on the Shannon and on the discharge at Parteen will depend on the amount of rain that actually falls,” they said.

“ESB is working in close co-operation with all the stakeholders along the Shannon. ESB uses a Met Eireann five day forecast to predict the three Shannon lake levels and provides this information twice a week to bodies such as the local authorities, Waterways Ireland, the OPW and the IFA.

“ESB does everything, within its power, to alleviate the worst effects of flooding along the entire Shannon,” said the spokesperson.

ESB will be continuing to manage the flood for the Shannon for the foreseeable future. The amount of water to be released at Parteen Weir will depend on the rainfall as it occurs.