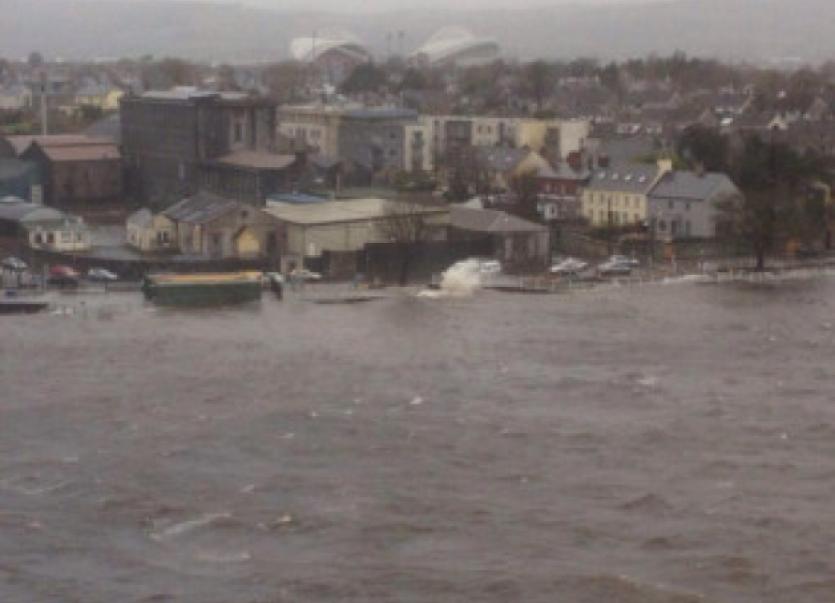 However, the local authority remains on high alert amid strong possibilities of further violent weather tonight and tomorrow morning.

As clean-up operations continue after Storm Darwin hit the city and county this Wednesday, Met Eireann has issued a flood warning for the entire country.

Paul Crowe, of Limerick City and County Council had previously said that the local authority were gearing themselves up for a storm this Friday night.

It could hamper the recovery efforts after the midweek storm, the worst in living memory.

Boil notices have now largely been lifted across the county, after the local authority and HSE tests found the supply to be fit for consumption.

Only a number of smaller schemes serving a combined population of 2,333 remain on the precautionary Boil Water Notice in County Limerick. Testing of these areas will continue tomorrow, at which time it is hoped to remove most or all of them from the notice list.

More than 12,000 ESB customers remain without electricity this Friday, while 30,000 homes and businesses have no landline.

Overnight power was restored to around 5,000 customers in the greater Newcastle West area but 9,000 remain without electricity.

In the city and east, 2,700 homes and businesses were reconnected overnight but 3,300 more still have no power.

Motorists are still being asked to be careful, as some roads are slippery and dangerous. People are asked to report debris and fallen trees on public roads, by telephoning the emergency services at 999.

Many schools across the county have closed, including Scoil Carmel, Croom National School and Crecora NS. With mid-term next week, many schools are set to take a decision not to reopen until afterwards.

However, the University of Limerick’s campus is now fully open, all areas have power and scheduled classes and lectures are going ahead as normal.

The Clare side of the campus was left without power for around 12 hours before electricity was restored, while the university reports there has been some structural damage to one or two buildings.

Around 60 trees were uprooted on campus.

City and County Council have reported that O’Brien Park in Clare Street, and the People’s Park will remain closed to the public all day today for safety reasons. However, Shelbourne Park on the northside is back open.

UPDATE, 5:15pm: The Home and Community section of Limerick City and County Council has confirmed that refurbishment works to 189 properties affected by last week’s flooding in the King’s Island are nearing completion. The privately owned and local authority owned homes have been cleaned and sanitised, and are currently being mechanically dried out. Residents affected have started to move back into their homes.

Meanwhile, the Limerick Fire and Rescue Service has reported that it has responded to a record 220 weather-related emergencies in the last 48 hours. The majority of callouts related to fallen trees, structural damage of buildings, and road traffic incidents.