Toppins Field ‘should be turned into public park’ 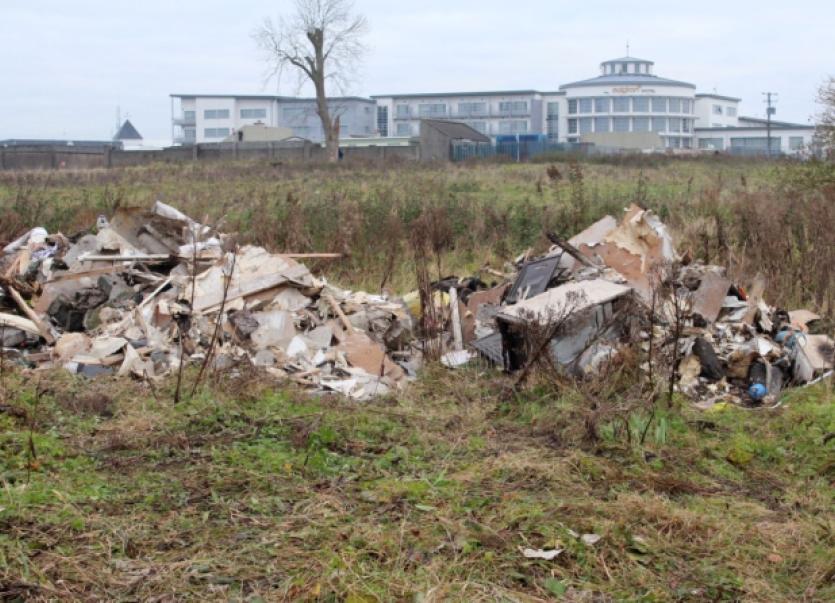 TOPPIN’S Field should be turned into a public park to end the area’s dumping problem once and for all, says Cllr Kieran O’Hanlon.

TOPPIN’S Field should be turned into a public park to end the area’s dumping problem once and for all, says Cllr Kieran O’Hanlon.

The 14-acre site at Rathbane has become a haven for people dumping litter, and as a result has become infested with vermin.

This has caused fear and havoc among residents.

But Cllr O’Hanlon thinks if City Council looked to build a park on the site the problem could be overcome cheaply.

In a letter to senior environmental executive Christy O’Connor, Cllr O’Hanlon wrote: “These lands are very suitable to be turned into a public park. This could then be used by all the communities in Southill, Janesboro and Rathbane. Discussions should be held with regeneration to progress this.”

He said the opening of a public park at Toppin’s Field would plug a gap.

“There are a number of public parks located throughout the city. There is Shelbourne Park on the northside. O’Brien’s Park is in Clare Street, the People’s Park is in the city centre. But there is actually no park in the local area serving Carew Park, Kincora, Janesboro, Rathbane, and Ballinacurra Weston. It is a long time since we opened a new public park in Limerick,” he said.

He also pointed out serious dumping is taking place on the site up to three times a day, and urged council bosses to investigate this problem.

He called for hidden CCTV cameras to catch people in the act of dumping.

One resident, who did not wish to be named for fear of reprisals, contacted the Limerick Chronicle to share her experiences of living in the area.

“We are seeing rats. They are gnawing at parts of our cars, going underneath, and eating away at the engine. Needles are being dumped there every night, and the Corporation has done nothing about it,” she said.

Calling for the area to be blocked off, she added: “We have to keep the windows closed in the summer time, because of the stench of the bins. And we cannot open our front doors because of the rats.”