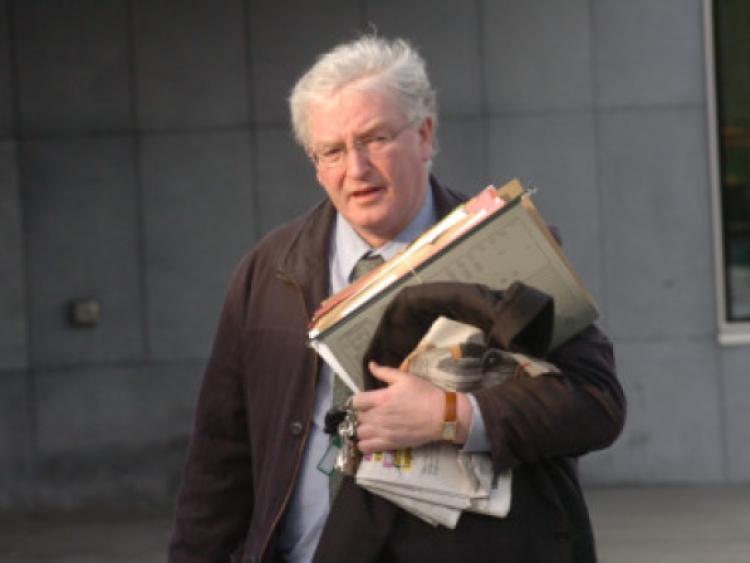 IT was up to the legislature to decide whether it wanted an “outright ban on civilian versions of assault weapons”, Judge Eugene O’Kelly has said in overturning the decision of gardai to refuse gun licences to two former members of the FCA.

IT was up to the legislature to decide whether it wanted an “outright ban on civilian versions of assault weapons”, Judge Eugene O’Kelly has said in overturning the decision of gardai to refuse gun licences to two former members of the FCA.

Both Limerick men had spent seven years in the Army Reserve and both enjoyed target shooting in their spare time.

Limerick District Court heard that the men - who cannot been named for security reasons - had been refused licences for the weapons by Chief Supt David Sheahan.

Their appeal of that decision had been adjourned in July to allow gardai attend a competition at a shooting range in Castlemaine, County Kerry, in September.

In a letter explaining his refusal to one of the applicants in February 2012, Chief Supt Sheahan said he regarded the MKE .223 semiautomatic rifle to be “military in style” and there was no requirement in target shooting competitions to have such a high-powered gun.

The other applicant had been refused a renewal of his licence for another semi-automatic rifle, a Heckler and Koch SL8, which the court heard was a civilian version of a weapon used by the German Armed Forces.

Det Insp Kevin Brooks, a Garda ballistics expert, told state solicitor for County Limerick Aidan Judge that he had attended the shooting competition in Castlemaine. This was organised according to the rules of the Civilian Marksmanship Programme (CMP), an American programme originally developed to train civilians in the use of weapons so they could be called upon in times of war.

There were a number of differences in the Irish three-position-shoot competition, however, Det Insp Brooks told Judge O’Kelly. One was that Irish competitors were under no time limit in which to get 10 shots off.

“You are not reloading under pressure of time which is an element of combat training,” said Det Insp Brooks. This meant that there was “no requirement for this type of weapon, a semi-automatic centrefire rifles such this” and a marksman with a simple bolt-action rifle would not be at any disadvantage, Det Insp Brooks said.

But Tom MacGowan BL, for the applicants, said that it was far safer for competitors who were in a sitting position to use a semi-automatic as a bolt-action would require changing position, charging the gun, pushing in the bolt and other movements and manipulations of the weapon.

Judge O’Kelly also noted the evidence of an ballistics expert, Seamus O Dromaire, who appeared for the applicants.

He said that the Heckler and Koch was “developed specifically for sporting purposes” with modifications to the trigger and other parts which Judge O’Kelly said “appeared to take it out of the category of the assault rifle”.

It was not disputed by the state that both men were of excellent character. Evidence was heard of the precautions both men took in securing and in transporting the weapons. One had even welded a safe into his vehicle for safe transport.

Chief Supt Sheahan, the judge said, was “perfectly entitled” to refuse applications for gun licences or their renewal but the “difficulty is with the legislation”.

Amendments which had restricted the grounds on which licences could be awarded had not, the judge said, “got to the kernel of the matter in specifically outlawing civilian versions of military weapons”.

It was up to Ireland’s lawmakers whether they wished to do that and to ban shooting competitions involving the use of such weapons, the judge added.