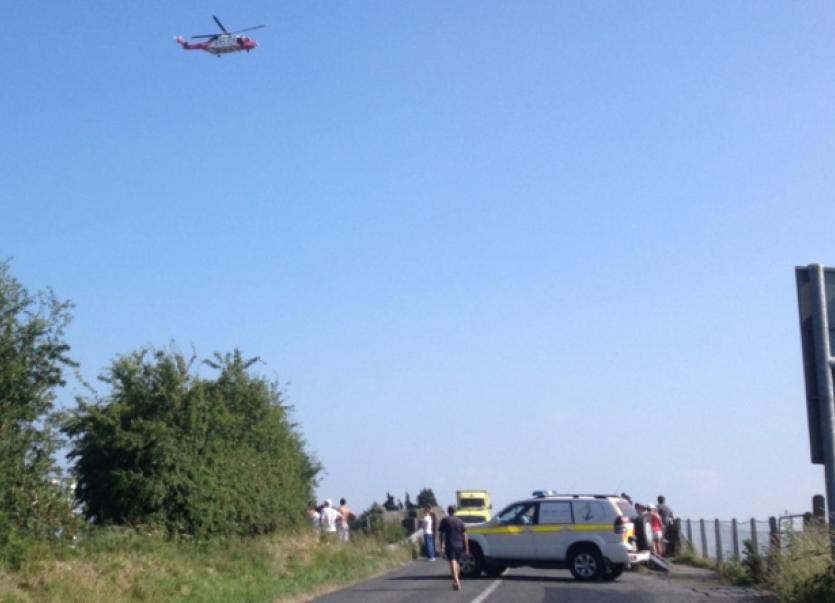 THE uncle of a teenage schoolboy who tragically drowned has appealed to other youngsters to be careful around Limerick’s waterways.

THE uncle of a teenage schoolboy who tragically drowned has appealed to other youngsters to be careful around Limerick’s waterways.

Joe Killeen, 17, a student at St Nessan’s Community College was swimming with friends on Friday afternoon at the Headrace Canal in Ardnacrusha, when he slipped under the water.

Limerick Marine Search and Rescue, the Gardai and other emergency services were called to the scene, which lies near the Ardnacrusha Power station, at around 5pm on Friday. His body was recovered an hour later.

A keen sportsman, Meelick lad Joe had been accepted on a FAS mechanics course after finishing his education.

His uncle John Killeen said: “He wanted to be a mechanic. He loved motorbikes and cars. His head was always set on this.”

Popular Joe will be remembered as a happy youngster, John added.

“No matter how bad things were, he would always smile. I struggle to put into words how he is. We are struggling to get our heads around it,” he said.

Although brought up in Co Clare – where he hurled for his local club - Joe was backing Limerick this weekend. “Oh my God, I can guarantee you, he would have been sitting down with me in the house today, cheering for Limerick,” his uncle said.

Joe’s devastated brother Cian revealed he had been invited to travel to Ardnacrusha with him, but opted to stay at home.

“He was always smiling: he was a messer really, but not in a bad way,” he said.

John appealed to other youngsters to be careful, after his nephew became the fifth person to die in a drowning accident.

“All teenagers, both male and female, need to be so careful. The water is so dangerous out there: so please be careful. Be supervised. If you do go swimming, make sure you are with a responsible adult,” he said.

He paid tribute to the gardai and the other emergency services, including Limerick Search and Rescue, saying: “They were fantastic to us. Their support and what they did was unbelievable and so brilliant.”

The details of Joe Killeen’s funeral are yet to be finalised, as the family bids to ensure his relatives are flown back to Ireland from Spain and Britain. He is survived by sisters Carla and Jenny, brother Cian and parents Pat and Marie, as well as many relatives and friends.