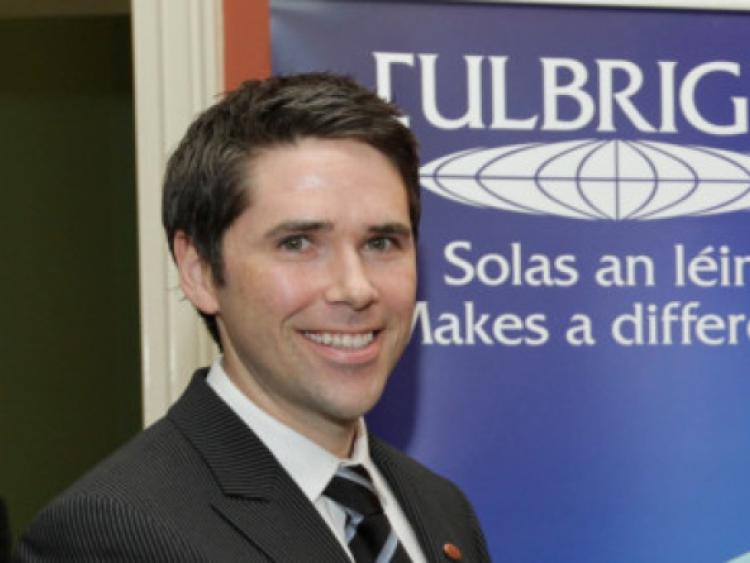 FIANNA Fail’s bid at redemption in the local elections is continuing with the appointment of LIT lecturer Daragh Naughton as the party’s area representative in Limerick City West.

FIANNA Fail’s bid at redemption in the local elections is continuing with the appointment of LIT lecturer Daragh Naughton as the party’s area representative in Limerick City West.

When last interviewed by the Limerick Leader, Micheal Martin said he viewed area representatives - of which the party has now appointed four in Limerick city - as “very much” local election candidates-in-waiting.

A native of Patrickswell but living in the city, Mr Naughton, 33, could do well if he was to make it through a selection convention given his ties in both the rural and urban parts of the new electoral area.

“He is seen as a real hope by senior figures in the party. He is a PhD and a Fulbright scholar where he went off to teach and study in America - and not every local election candidate can say that,” said one party source.

“But he is not one of those academics who has his head in the clouds and doesn’t understand what ordinary people are going through. And I’m told he’s handsome, which obviously helps when you are knocking on doors,” the admirer enthused.

Were he to contest the elections, Mr Naughton would likely find himself running with Dooradoyle-based James Collins and estate agent Geraldine Leddin, Raheen, also appointed an area representative by the party.

Deputy Martin has endorsed Mr Naughton as an area representative.

“I am delighted to announce that Daragh Naughton will be joining the Fianna Fáil team in Limerick,” said Deputy Martin.

“Daragh has a great track record of working on local issues for the community and as a lecturer in LIT, he is fully aware of the issues facing young people.”

Mr Naughton said: “I was delighted to be chosen by the party as a Local Area Representative for Limerick City West. I am looking forward to listening, organising and campaigning on behalf of the people of Limerick and my local area. I want to be a voice of reason and passion for my local community and I will work to help people have a strong voice on local issues. As a lecturer in LIT, I am very passionate about the need to invest more resources in education. Limerick is undergoing massive regeneration work but it needs to be done hand in hand with a renewed focus on education. Youth unemployment is a major issue in Limerick and this must be addressed through increased investment.”