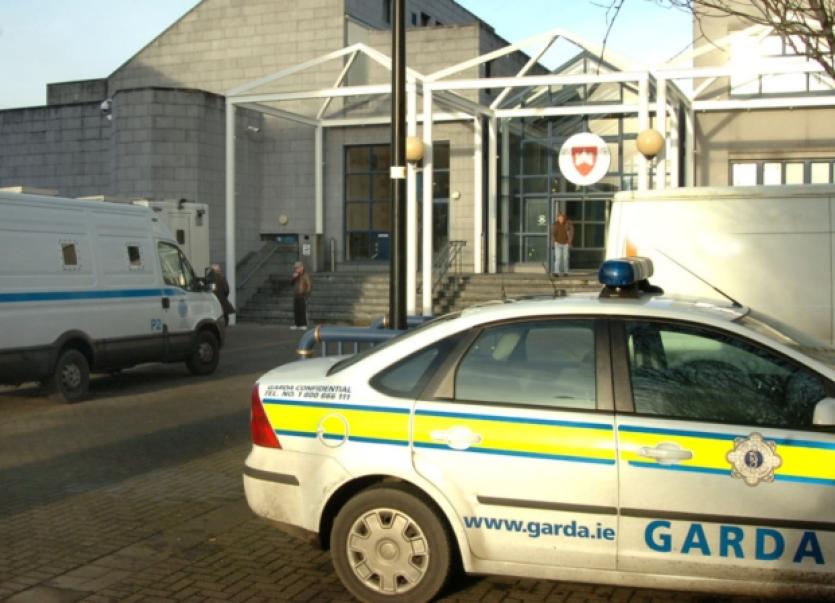 TWO brothers were convicted of charges relating to a violent disturbance in Murroe more than a year ago.

TWO brothers were convicted of charges relating to a violent disturbance in Murroe more than a year ago.

Thomas McMahon, aged 31, of Ros Fearna, Murroe and John McMahon, aged 32, of Flanker Court, Galvone Road in the city were before Limerick Court after they were each charged with a number of public order offences.

During a contested hearing, Garda Tom McGlinchy, who is stationed in Murroe, said he responded to reports of a fight on the main street shortly after 12.30am on April 23, 2012.

He said when he arrived he observed a large gathering of people on the street and he told the court a fight was taking place between four people including the two defendants.

Garda McGlinchey said he knew three of the four people involved and that he “asked them on numerous occasions to stop and desist” but when they failed to do so he requested assistance from Limerick city and from Bruff garda station.

“I went over to them but they ignored me and continued shouting abuse and throwing punches and causing a general disturbance,” he said adding that he decided it was unsafe to intervene in the fight until backup arrived.

Judge Eugene O’Kelly was told that two uniformed gardai from Bruff and two members of the armed Regional Support Unit (RSU) were deployed and that additional patrols were conducted in Murroe for several hours following the incident,

It was the prosecution case that all four men, including the defendants, continued to fight for several minutes on the street before leaving the area in a car, which pulled up and collected them.

In his evidence, Garda McGlinchey said all four men then returned a short time later and “proceeded to have another fight” before backup arrived.

However, this was disputed by both defendants who denied they had been involved in a second fight.

In his evidence, Thomas McMahon said he and his brother had been socialising with another man in a pub in Murroe prior to the incident. He said he suffered a broken jaw after he was struck on the side of the face while in the toilets.

He said he and his brother then left the pub following the assault and he claimed he was set upon again on the main street.

Being Cross examined by Sgt Donal Cronin, McMahon said he did not make a complaint to gardai about being assaulted and he denied he had attacked the person he believed was responsible.

“I was set upon, I wasn’t aggressive. I was in hospital for three days,” he said adding that he did not know who attacked him.

Mr McMahon, who has moved to the city since the incident, agreed that he had gone back to the area with his brother following the initial altercation on the street but he insisted he had only returned to retrieve his mobile phone, which he had left in the pub.

John McMahon told the court was not drinking on the night and that he was “stone cold sober”.

He too denied being involved in a fight and he insisted that he only returned to the Main Street with his brother because he believed it was safe to do so given the presence of additional gardai.

He also denied that he had refused to leave the area when directed to do so by Garda McGlinchey.

He said he was not satisfied he had been abusive towards gardai and he said he had a doubt in relation to the disorderly conduct charge. However the judge convicted him of failing to leave the area as directed by Garda McGlinchey.

Judge O’Kelly, however, convicted Thomas McMahon of all three charges.

He said he accepted the defendant had been assaulted earlier in the night but added he was “quite satisfied he had decided to settle the dispute in his own way and on his own terms”.

Thomas McMahon was sentenced to three months imprisonment and he was fined €500.

The judge imposed a three month prison sentence on John McMahon, which he suspended for a year.

Before finalising the case, he praised the actions of Garda Tom McGlinchey on the night,

“I believe he acted very bravely and wisely and made the correct decision not to affect an arrest,” he said adding that gardai are not expected to put their personal safety at risk.

“It was obviously a very charged and inflamed fracas and he was hopelessly outnumbered,” he said.