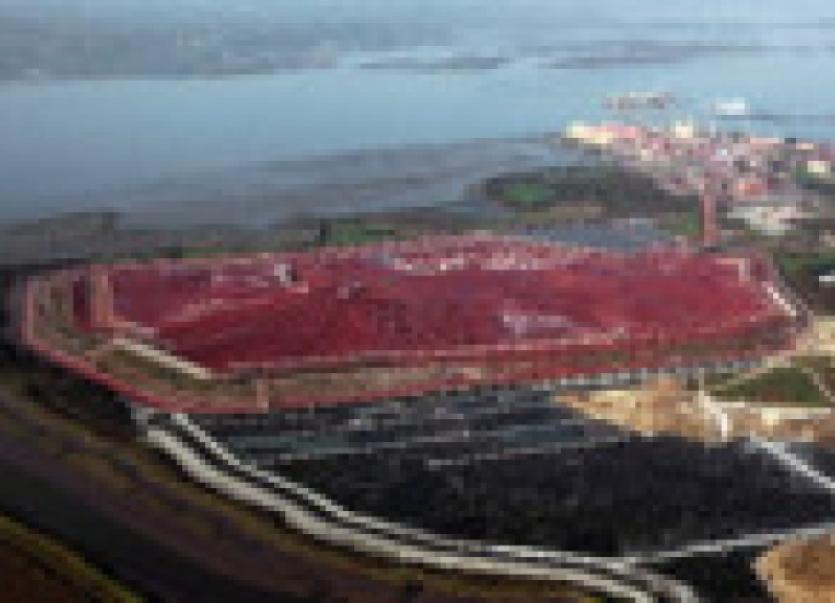 THE Environmental Protection Agency, (EPA) has taken independent advice about the red-mud ponds at Aughinish RusAL and is satisfied that the design of the structure is in keeping with international best-practice.

THE Environmental Protection Agency, (EPA) has taken independent advice about the red-mud ponds at Aughinish RusAL and is satisfied that the design of the structure is in keeping with international best-practice.

This information was revealed in a statement from the EPA last week in which it emphasised yet again that the method of disposal of the residue at the alumina plant was totally different from that at the Akja plant in Hungary where a significant spillage of red mud occurred in October 2010.

But the EPA has defended the issuing of a reviewed licence to Aughinish last October, before an internal emergency plan had been submitted by the company, saying that “most of the elements” were in place prior to the review. According to the EPA, this has now been done.

The company had also failed to submit a waste management plan before the licence was issued, as required under the European Mine Waste Directive.

But, in its statement, the EPA said that the company’s operational plan “already addressed” many of the requirements of the directive in relation to developing a waste management plan. Aughinish was given six months from last October, the month the licence was issued, to provide the plan demanded under the directive.

When these breaches of the European directive were reported in the Limerick Leader a fortnight ago, Socialist Party MEP, Paul Murphy said it was “bizarre” that a licence would be issued without all the conditions being met. “I think it is insufficient,” he said.

At the time, there was no response from the EPA but the agency has since replied to queries from the Limerick Leader and again addresses the issue of the incident at the Akja plant in Hungary.

“In Ajka, the red mud was being pumped out as a liquid into a large holding pond, a methodology which is referred to as wet disposal, whereas at the Aughinish Alumina site the red mud is filtered to remove most of the water and the material is then deposited over an extended surface to dry out - this method is known as ‘dry stacking’,” a spokeswoman for the EPA stated.

The dry stacking method, the EPA argues, provides for greater control over the waste and minimises the pressure on the perimeter of the ponds or bauxite residue disposal area.

A number of years ago, Aughinish RusAL was granted permission to expand the pond area and to raise the height of the dry-stacked red mud, despite objections from individuals and the local community.

However, since then, the make-up of the red mud itself has also been a source of contention and the Cappagh Farmers Group has brought the matter to the attention of the European Commission, arguing that it should be classified as hazardous waste.

This contention has now been refuted in a letter from Jean Francois Brakeland, director of enforcement at the European Environmental Directorate. After some delay, he replied to Pat Geoghegan of the Cappagh Farmers Group on the issue saying: “The licensee (Aughinish) has confirmed that the red mud waste contrains ‘corrosive’ and ‘irritant’ constituents,” Mr Brakeland said but added: “In each case, the levels of the constituents in each phase were less than the applicable thresholds, which confirms that the red mud waste is a non-hazardous waste.”

Mr Geoghegan however is sceptical about the levels recorded and the figures present.

And he intends to continue pursuing the matter with the European Petitions Committee, members of which plan plan to visit the area in September.