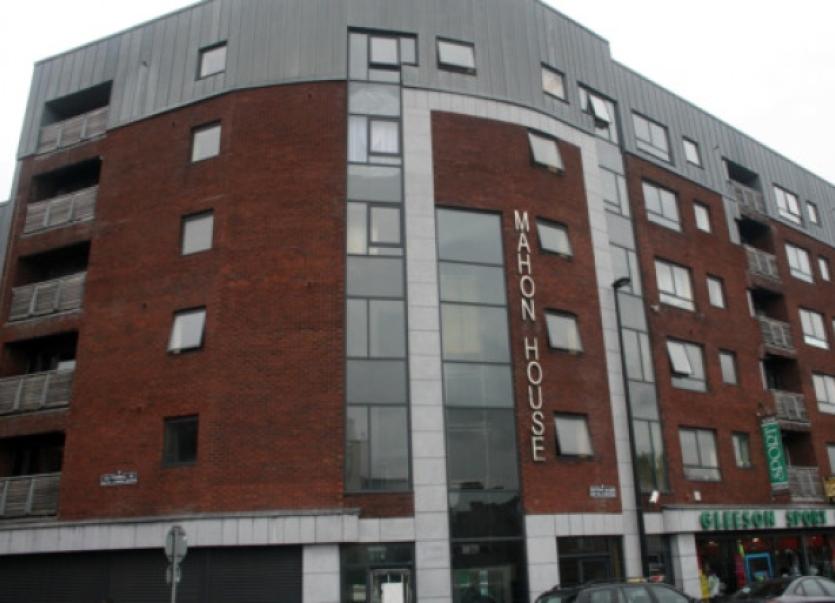 A FIRE which forced the evacuation of an apartment complex has been blamed on “scumbags” taking illegal drugs after gaining access by following residents through secure doors.

A FIRE which forced the evacuation of an apartment complex has been blamed on “scumbags” taking illegal drugs after gaining access by following residents through secure doors.

Residents in Mahon House, on William Street, have said that due to the number of people smoking cigarettes and illegal substances in the corridors and lobbies of the complex, they have stopped responding to fire alarms - risking life and limb.

People living in the five-storey complex were forced out on Monday night after the blaze which broke out on the fifth floor.

No-one was injured, but the fire service were forced to knock on all 67 rooms to get people out of the building.

Once a hideaway of ‘Lying Eyes’ Sharon Collins - who paid €200,000 for a one bedroom apartment there - many residents in the complex have young children.

Although many were afraid to speak publicly, all have said they believe the fire was started by drug users smoking.

Fire inspectors have no commented on the claims but drug paraphernalia was spotted around the building following Monday’s fire.

A Latvian national, mother to a two-year-old boy, said: “Scumbags come here very often to smoke, so I know it is something to do with them. Of course I am afraid, because the fire spread to outside my house.”

She added because the fire alarm is triggered in this way most nights, many residents often ignore it.

Pat Kiely, station officer with Limerick Fire and Rescue, said: “When you get a complex this size, some people think it is a false alarm, so they don’t bother coming out. Some people have young children, and might feel safer to stay in.”

An Afghan man, who lives with his wife and one-year-old son, said: “It was very stressful: my baby was crying. I had to get him into the buggy quickly, and run down.”

He says he often gets unwanted knocks at his door late at night from people seeking lighters. “A couple of times I have seen them, and I tell them not to come: but they still do,” he said.

A local business owner - who also did not wish to be identified - said he has reported this to the gardai a number of times.

But he added the families in the building are good, and it is “a very well-run complex”.

Investigations into the cause of Monday’s fire are continuing.