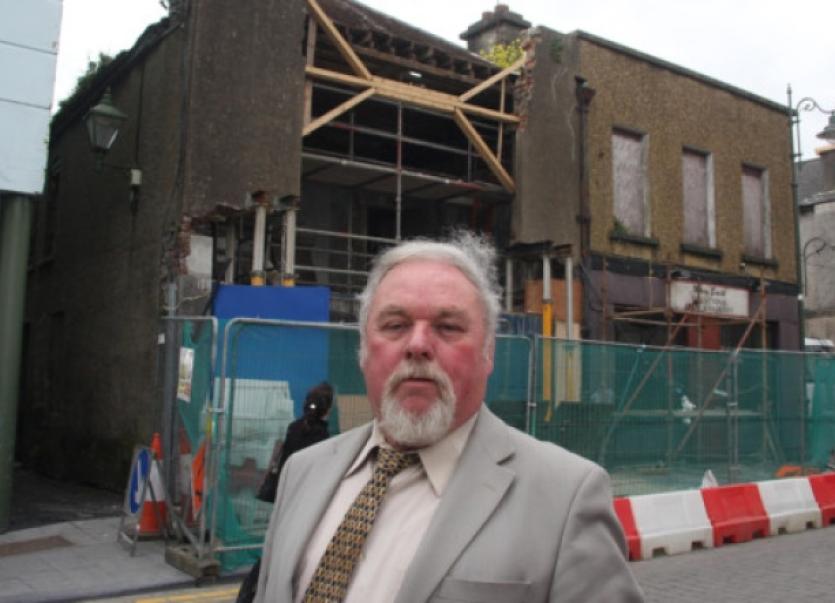 This comes after it emerged the council is to only partially demolish two of the 100-year-old almshouses in the historic street.

Effectively, the council will knock the front of the houses, and rebuild them.

The 100-year-old units, beside the area’s general store, have fallen into disrepair, and last year, the front of one of them fell into the street.

Fortunately, it was the summer holidays at the time, otherwise Cllr Gilligan believes children attending the nearby St Mary’s NS may have been injured.

He thinks that up to €30,000 is being wasted by not bulldozing the houses in their entirety, and starting again.

But the Council - which recently took over the buildings as part of the regeneration process - says an archeological survey needs to be carried out.

“We are spending a fortune on partially demolishing the front, propping up what’s left and rebuilding the rest of it. Common sense would dictate you would knock the whole thing down immediately and save an awful lot of money,” Cllr Gilligan said.

“Send in a bulldozer, knock the building out, level the land, and we can start again.”

The City East councillor is concerned that the site of the two houses could be left to fall into dereliction, as has been the case with the Fireplace site.

“My biggest fear is it will end up like the fireplace site, where 20 years ago, we took it down. But after spending hundreds of thousands of euro to prop it up, it is still there,” he explained. “It is time to say enough is enough: we are wasting money.”