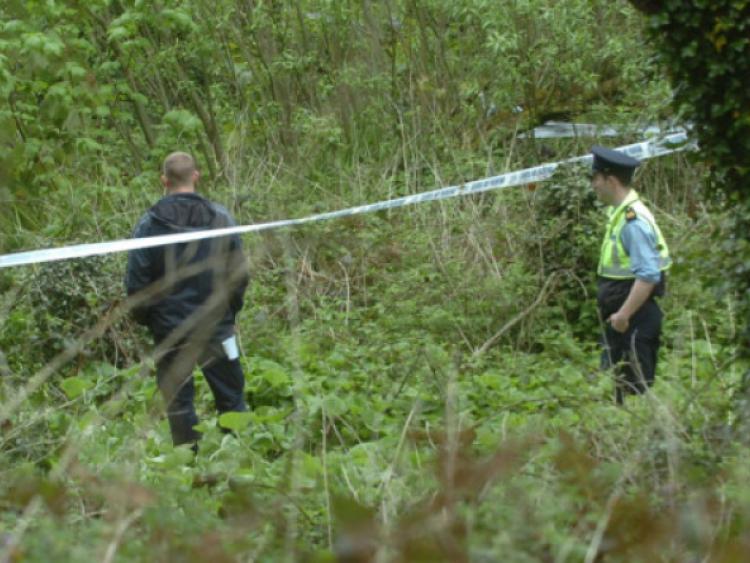 GARDAI say it may take a number of weeks before human skeletal remains found in woodland near the Condell Road this week are formally identified.

GARDAI say it may take a number of weeks before human skeletal remains found in woodland near the Condell Road this week are formally identified.

A skull and other bones were discovered in an area of undergrowth at lunchtime on Tuesday during a clean up of a nature reserve, which was being conducted by Limerick Civic Trust.

The remains, were found around 100 feet from Condell Road near its junction with North Circular Road.

It is understood the remains were exposed to the elements and had been the area where they were found for some time.

The location is less than 20 yards from a pathway, which is used on a daily basis by walkers and joggers.

The area, and is not subject to flooding from the River Shannon.

The remains have since been removed and will be examined at the Mid Western Regional Hospital.

Further tests will be carried out over the coming weeks to assist with the investigation.

DNA samples taken from the remains will also be used in the hope the person can be identified.

While they are treating the discovery as suspicious, gardai say they do not suspect foul play at this stage.

“We do not know how long they have been there or what this person died from.While we are treating the death as suspicious, we have no indication at this point to indicate foul play,” said Supt Frank O’Brien of Henry Street garda station.

Members of the divisional search team have conducted searches of the area and gardai at Mayorstone garda station have also begun reviewing missing persons files from the past few years as part of their inquiries.

It is understood they have contacted a number of families to inform them of this week’s developments.