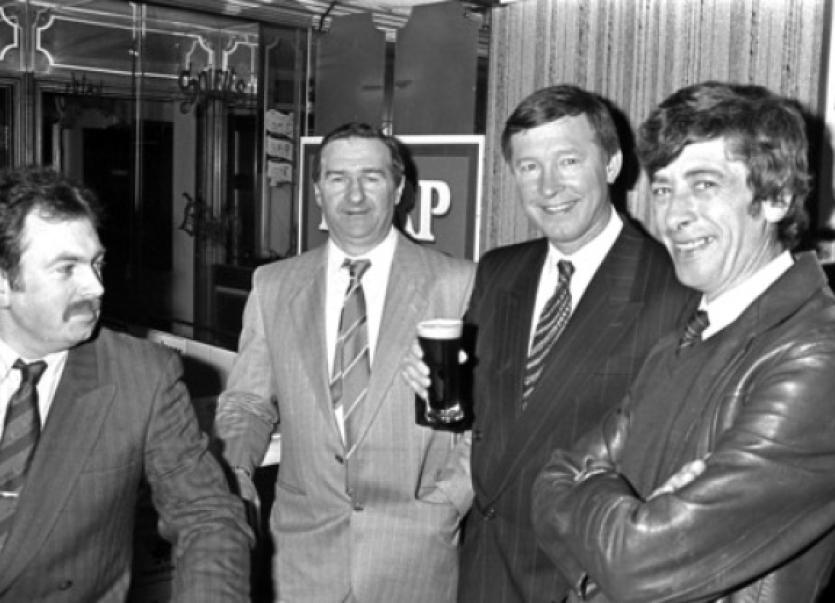 Manchester United fans throughout the Mid-West are in a state of shock following the announcement that their manager of 27 years is to retire at the end of the season.

Manchester United fans throughout the Mid-West are in a state of shock following the announcement that their manager of 27 years is to retire at the end of the season.

Sir Alex Ferguson, arguably the greatest manager in the history of the game, decided to call time on his extraordinary career at the age of 71.

The club has a huge support base locally with many making the bi-weekly pilgrimage to Old Trafford.

Limerick’s United supporters, like their worldwide brethren, face into an uncertain period of nervous apprehension with the Scot’s replacement due to be announced sooner rather than later.

Denis O’Sullivan of the Abbeyfeale Man United supporters Club, told the Leader: “There is a black cloud hanging over us in Shannonside and we’ll just have to wait and see. Every United fan is gutted. We worry and wonder who’s next. Is it going to be Moyes or Mourinho?”

Everybody knows Ferguson the manager but Denis has an uncommon insight into Ferguson the man - he has met with him on several occasions with the Glasgow native offering considerable support to Denis’ son Adam, who has a craniopharyngioma (a tumour at the base of the brain).

The 10-year old, a Man United fanatic like his father, has been to Old Trafford on a number of occasions - even as mascot for Paul Scholes’ testimonial match.

He has also spent an evening on the phone laughing with Ferguson, over his assertion that the Scot is merely the second best manager in the world – second obviously to his father Denis, manager of the Abbeyfeale under eights.

“Alex rang me up over 18 months ago to say he wanted to have a chat to Adam some evening to wish him all the best and make sure he’s getting on OK. He turned around afterwards and said he wanted to do something else for that lad. We then got the letter from Paul Scholes asking him to be mascot for his testimonial. That was all Ferguson’s doing,” said Denis.

“I have not met a person who has met him face to face that he hasn’t shaken hands with. I cannot but call that man an absolute legend and a gentleman,” he added.

Ferguson has been to Limerick on at least a couple of occasions – in 1989 when he was interviewed by current Limerick Leader editor Alan English and in 2000 when he played in JP McManus’ ProAm golf tournament.

Ferguson and McManus shared a close relationship until it was soured over the disputed ownership of champion racehorse, Rock of Gibraltar.