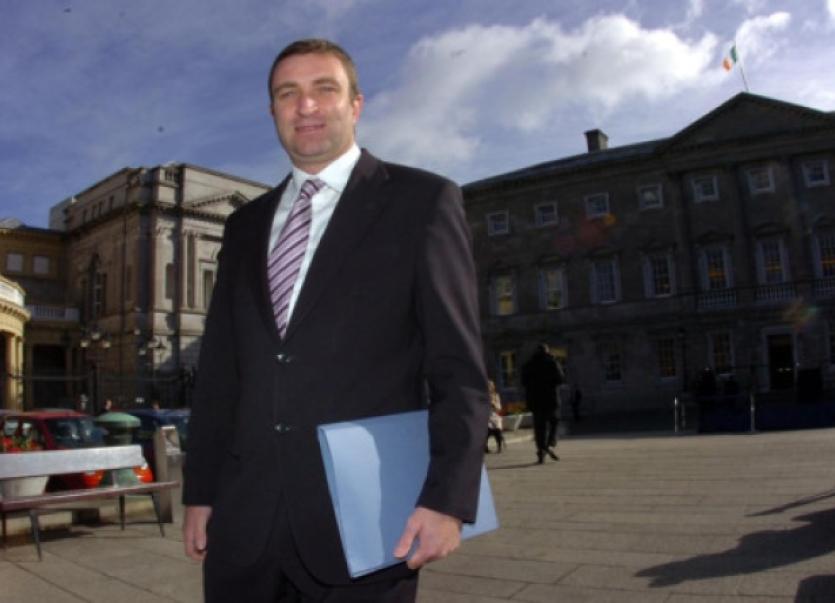 FIANNA Fail justice spokesman Deputy Niall Collins has voiced his support for proposals to criminalise the purchase of sex.

FIANNA Fail justice spokesman Deputy Niall Collins has voiced his support for proposals to criminalise the purchase of sex.

He was speaking in the Dail on a private member’s motion tabled by independent TD Thomas Pringle, which seeks to introduce Swedish-style anti-prostitution laws aimed at limiting demand.

“As for the current legislation, I note the sale or purchase of sexual services in Ireland is not criminalised at present, provided it is conducted out of public eye,” said the Limerick TD.

“However, activities associated with prostitution such as pimping, soliciting in public or brothel-keeping are crimes. It also is an offence to organise prostitution, coerce or compel a person to be a prostitute or knowingly live on the earnings of a prostitute. The rationale behind these offences is the protection of prostitutes, as well as an attempt to protect society from the nuisance and public order problems associated with prostitution. However, the buying and selling of sex indoors remains protected by omission under the presumption that this is a private contract between consenting adults.”

Deputy Collins also referred to the recent Garda operation in Limerick city centre where over 20 men were charged with soliciting sex in a public place from undercover gardai posing as prostitutes.

“I compliment Limerick gardaí for the way the went about their work despite the unwarranted negative commentary they received for their efforts. The presence of prostitutes on certain streets impacted on the business community and people’s livelihoods. The Garda acted in response to the concerns raised by those so affected and for several weeks the problem appeared to have been addressed. However, I recently passed along one of the streets in question and observed that prostitutes had returned to the area. As we are aware, the Garda is stretched to deal with various areas of crime but this is a problem that will not go away until we make the fundamental reform of criminalising those who purchase sex,” said Deputy Collins.

He supported Deputy Pringle’s bill but it is not expected to pass pending a report from the Oireachtas justice committee on reforming Ireland’s prostitution laws.