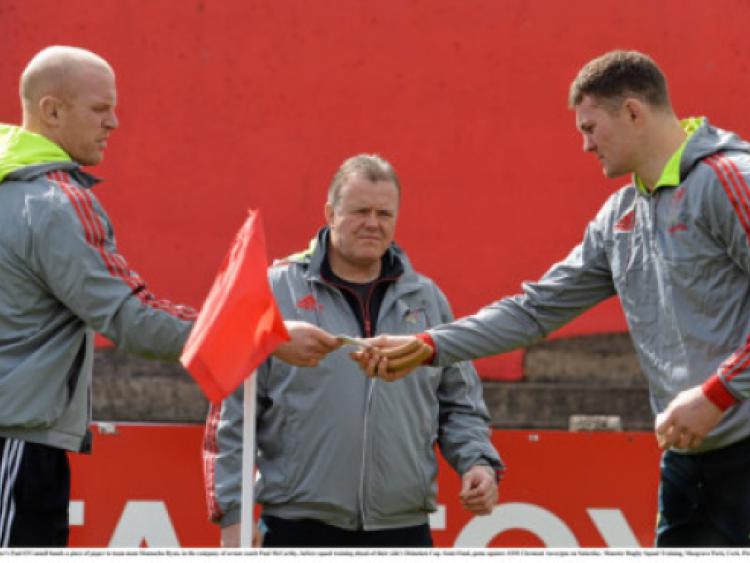 A PURPOSE-BUILT, state of the art training facility is to be put in place for the Munster rugby squad at the University of Limerick, after confirmation today that it has won the race to be the team’s new training base.

A PURPOSE-BUILT, state of the art training facility is to be put in place for the Munster rugby squad at the University of Limerick, after confirmation today that it has won the race to be the team’s new training base.

After many months of speculation - and many years during which the team were split into two training bases in Cork and Limerick - the news will come as a relief locally. It confirms Limerick’s status as the headquarters of Munster rugby.

There had been rival bids from LIT and CIT, but in the end the outstanding facilities already on offer at UL and the plans to build the new centre won the day. It is expected to be fully operational by 2015.

Munster’s chief executive Garrett Fitzgerald said. “We are very pleased that the process to identify this facility has been completed and confirmed. In looking forward to this new and enhanced association with UL, we acknowledge the interest we’ve had from LIT and CIT, the two other institutions who sought to accommodate Munster Rugby’s need for this facility. We look forward to continuing a working relationship with LIT and CIT in the coming years through projects on-going and new.”

The decision followed a consultative process involving players, management, officials and an independent outside consultant. It is was ratified earlier this week and the news was first revealed on www.limerickleader.ie earlier this Friday.

Munster’s decision was warmly welcomed by UL president Don Barry, who said he was “delighted”, adding: This significant development will cement the already strong relationship that exists between the University of Limerick and Munster Rugby and we look forward to building on this for the future.”

The existing set-up, with appoximately half the squad based in Limerick and the other half in Cork, had been described as “a complete logistical nightmare” by former Munster team manager Shaun Payne. It was also criticised strongly by a former Munster captain, Jim Williams.

There will be an initial bedding-in period to allow players make life decisions on where they will be based ahead of the 2014-2015 season.

Squad members were to be informed of the decision this Friday morning.