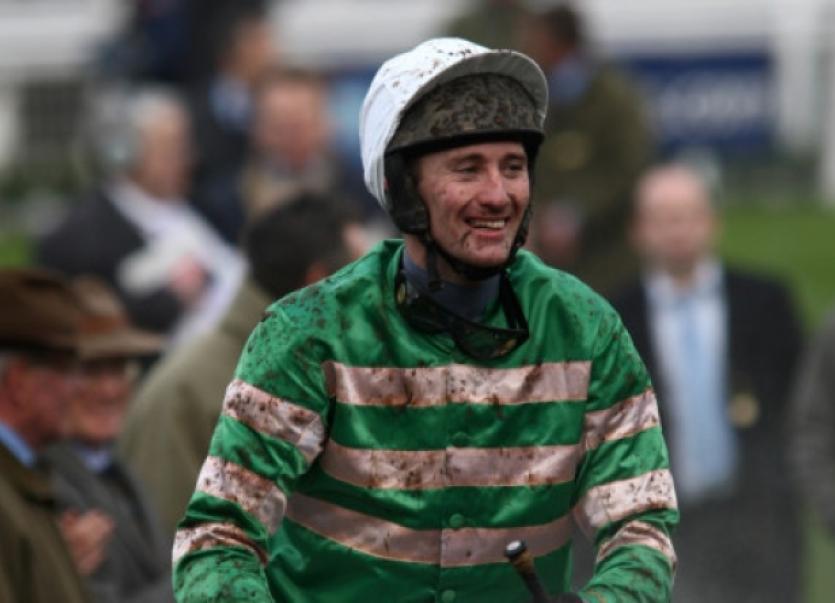 MANAGEMENT at Limerick Racecourse have been applauded by Horse Racing Ireland for spearheading a fundraising fixture – the entire proceeds of which will go to the Jockeys Emergency Fund.

MANAGEMENT at Limerick Racecourse have been applauded by Horse Racing Ireland for spearheading a fundraising fixture – the entire proceeds of which will go to the Jockeys Emergency Fund.

Horse Racing Ireland has approved a request from Limerick Racecourse to stage an additional fixture on Monday, October 14 in aid of the good cause.

Organisers are aiming to raise a significant sum of money at the charity raceday, which will form part of a two-day meeting, with Limerick’s Munster National being staged the previous day, Sunday, October 13.

Limerick will donate all its media rights and attendance income from the day to the Jockeys Emergency Fund.

HRI will donate all the entry fees which are received for the meeting and have agreed that all sponsorship income secured for the races will be paid to the charity.

Many other sectors of the industry have already indicated a willingness to make a significant contribution and a fundraising lunch and auction will also take place in Limerick Racecourse’s panoramic restaurant.

Russell Ferris, manager of Limerick Racecourse said it is hoped that a very significant amount of money can be raised for the Jockeys Emergency Fund to support the rehabilitation efforts of both JT McNamara and Jonjo Bright.

“There is a fantastic camaraderie within the horse racing fraternity and recent events have once again brought this bond to the fore,” said Russell.

“As Limerick Racecourse is JT’s local track, with many of his relations and closest friends plying their trade here on a regular basis, we are most grateful to HRI for granting us this fixture, providing the opportunity to stage this fundraising event here at Greenmount. Further details about the day will be released in the forthcoming weeks and we would welcome any ideas that people may have to increase funds from the day.”

JT McNamara who sustained a serious injury during a fall at the Cheltenham Festival last March is continuing to undergo treatment at Dublin’s Mater hospital.

According to family members, he is enjoying the company of friends from the horse racing industry and monitored all the action from the recent Punchestown Festival on the television.

Brian Kavanagh, HRI chief executive said that Horse Racing Ireland applauds the fundraising initiative by Limerick Racecourse and would encourage everyone in the wider racing, breeding and point-to-point community to get behind it.

“Recent serious injuries suffered by Limerick jockey JT McNamara and Northern Ireland jockey Jonjo Bright have highlighted the vital need for the Jockeys Emergency Fund. There is no National Hunt racing in Britain on the selected date of Monday, October 14 and I know that Limerick plan to enlist the support of British trainers and riders for this fund-raiser,” he added.

The Jockeys Emergency Fund was set up to provide benefit and assistance for riders who suffer injury while taking part in a racing/horse related activity.

Contributions to this fund come from owners, a portion of the fees for jockeys licences, and from voluntary donations.