Waiting lists for Limerick hospital to be cleared by November 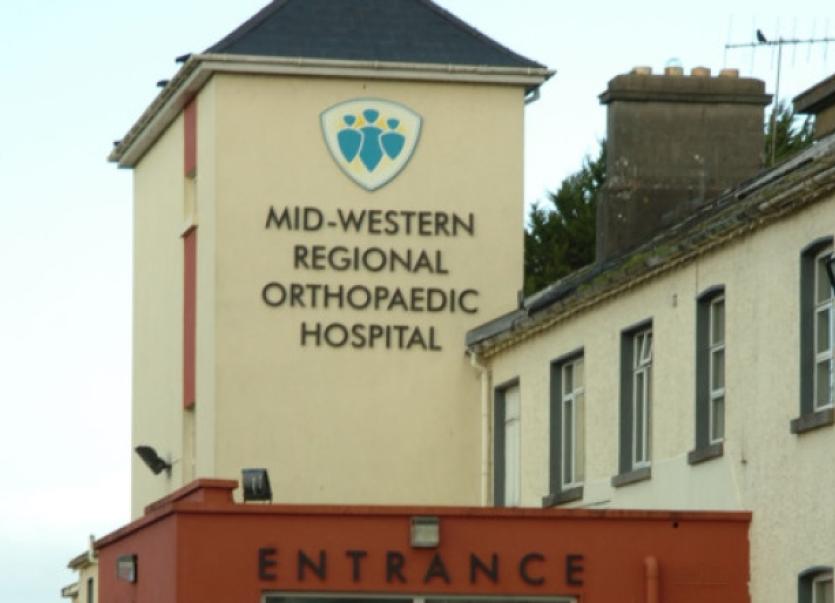 Ann DOHERTY, chief executive of the Mid-Western Acute Hospitals Group, vowed to clear those on waiting lists for over four years in Croom Orthopaedic Hospital by November.

Ann DOHERTY, chief executive of the Mid-Western Acute Hospitals Group, vowed to clear those on waiting lists for over four years in Croom Orthopaedic Hospital by November.

“Our commitment is to get those patients seen before the end of November,” Ms Doherty said during an interview with RTE radio this week.

Official figures released by the HSE at the end of February showed that over 5,600 people in Limerick have been waiting at least four years for an outpatient appointment, with over 4,148 of those waiting for an appointment in Croom Hospital, making it one of the longest waiting lists in Ireland.

“These figures are very, very high and it’s something as a group we’re very committed to addressing. The most recent figures at the end of February; those who are the longest waiters is now down to 2,640 in Croom,” said Ms Doherty.

“There are a number of processes that we are currently undertaking to address this issue. The first is in contacting patients who have been waiting an inordinate amount of time to access our services to make sure that they still wish to avail of their appointment and that’s the validation process.

“Once patients have identified that they still wish to be seen, we are then working very closely with our colleagues in physiotherapy and orthopaedics to schedule appointments for these patients.

“The issue of waiting lists in outpatients is across the country and not just unique to the Mid-West,” she added.

“It is extreme and I’m not denying that it’s unacceptable and that’s why as a management team and with our colleagues in orthopaedics, we are very committed to addressing the issues that this has presented for us.

“We are all aware of the tight resources that we work with within the HSE, of which I’m conscious more than anyone. I will work very closely with the HSE centrally and the Department of Health to seek to attract more resources to the region. But in the meantime these patients do need to be seen. I can appreciate that there would be scepticism both in the community and even from our own staff because of the size of the problem we face,” said Ms Doherty.