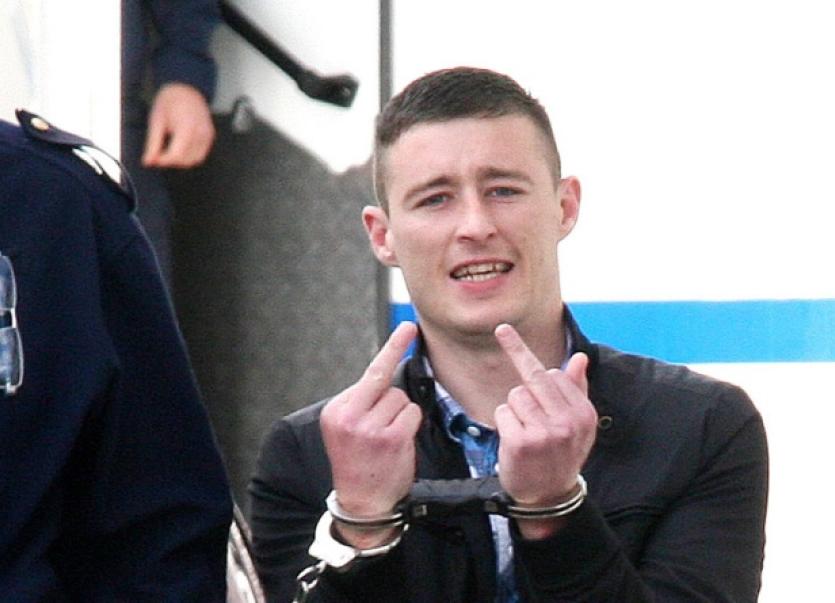 A YOUNG man who dramatically escaped from custody earlier this year by jumping a security barrier at Limerick Courthouse is beginning a lengthy prison sentence after he admitted robbing an iPhone from a student last Christmas.

A YOUNG man who dramatically escaped from custody earlier this year by jumping a security barrier at Limerick Courthouse is beginning a lengthy prison sentence after he admitted robbing an iPhone from a student last Christmas.

Martin Whyte, aged 23, who has an address at Cois Na Coille in Murroe, admitted punching the student in the face outside a nightclub at Michael Street in the early hours of December 21, 2014.

During a sentencing hearing, Detective Garda Joe Cusack said the student had just exited the club and was about to ring a taxi when two young men approached him from behind.

He was punched in the face and his phone, which was worth around €600, was taken by the culprits who fled in the direction of Charlotte Quay.

The incident was witnessed by a number of women who were in the area at the time and the accused was later identified on CCTV.

Det Garda Cusack said the victim had a tracking app installed on his phone and that it was pinging in the St Mary’s park area of the city but that searches which were carried out on the night proved fruitless.

Whyte, who has more than 60 previous convictions, was arrested at his home the day after the robbery and immediately made admission.

The phone was subsequently recovered from a premises in the city, which had paid €150 to Whyte for the phone.

Michael Fitzgibbon BL, said his client had taken Xanax and had been drinking cider on the night and was intoxicated.

He submitted the offence was “opportunistic” rather than premeditated and pointed out that the injured party did not require medical attention.

He said Whyte comes from a difficult family background, which “paints a bleak and stark picture of his life.”

Imposing sentence, Judge Tom O’Donnell said the use of violence was an aggravating factor as was the defendant’s previous criminal history.

He noted Whyte was on bail for separate offences at the time and said this too was an aggravating factor.

He said his admissions, his guilty plea and his assistance in ensuring the iPhone was returned to its owner were mitigating factors as was his contrite apology.

The judge imposed a three year prison sentence - backdating it to February 3, last.

A juvenile, who cannot be named, has also pleaded guilty to his role in the incident and his case is currently before the Children’s Court.