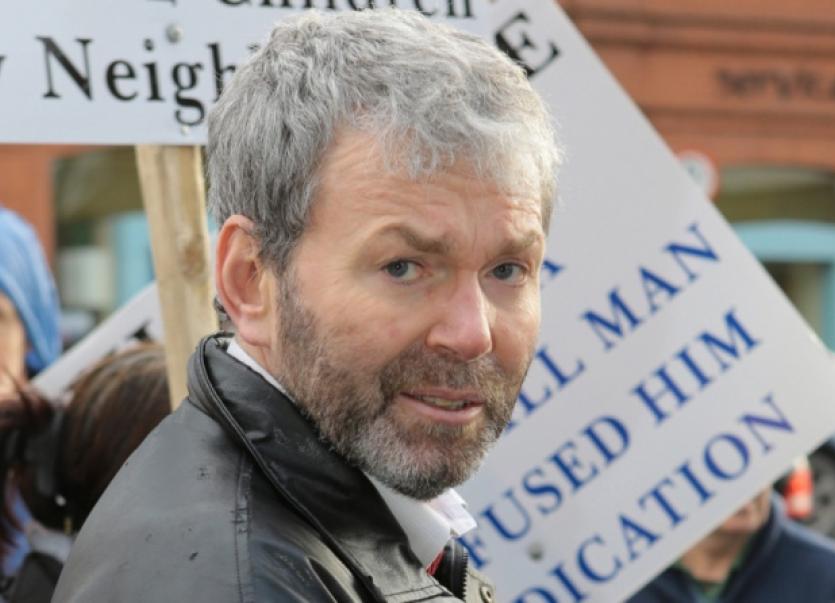 GARDA whistleblower John Wilson is to speak in Limerick tonight at an Anti-Austerity Alliance event in St John’s Pavilion.

GARDA whistleblower John Wilson is to speak in Limerick tonight at an Anti-Austerity Alliance event in St John’s Pavilion.

Mr Wilson, who exposed the writing off of penalty points for politicians and others, will speak at the Mulgrave Street venue in response to allegations surrounding metropolitan mayor Jerry O’Dea.

The Fianna Fail councillor was involved in a road accident last December which is now the subject of an internal garda investigation into why local officers failed to follow up on the incident.

Tonight’s event, which kicks off at 8.10pm, is free to attend and will serve as the launch of local AAA man Cllr Cian Prendiville’s general election campaign.

The councillor says Mr Wilson will be in Limerick all day on Monday, and says he is hoping to meet others to encourage possible whistleblowers to come forward.

Mr Wilson called for an inquiry, independent of the gardai, into why Cllr O’Dea’s car accident was not followed up on.

For his part, the City East councillor said while he did contact the gardai to find out if charges were coming ahead of his election as metropolitan mayor, he “made no effort to influence” officers.

Cllr Prendiville, who will run on a new joint ticket of the AAA and People before Profit said: “The ‘recovery’ is a bonanza for Denis O’Brien, and his ilk, but it is built on lower wages ad diminished rights for the vast majority. The government and the state are defending this inequality by attacking all those who resist austerity, while brushing the crimes of the elite under the carpet. We can’t afford to wait anymore, we need real change, not spare change like the government is handing out in the budget.”

Also addressing the meeting will be the high-profile AAA deputy Paul Murphy.

The party’s position remains that they will continue to back the first term councillor.