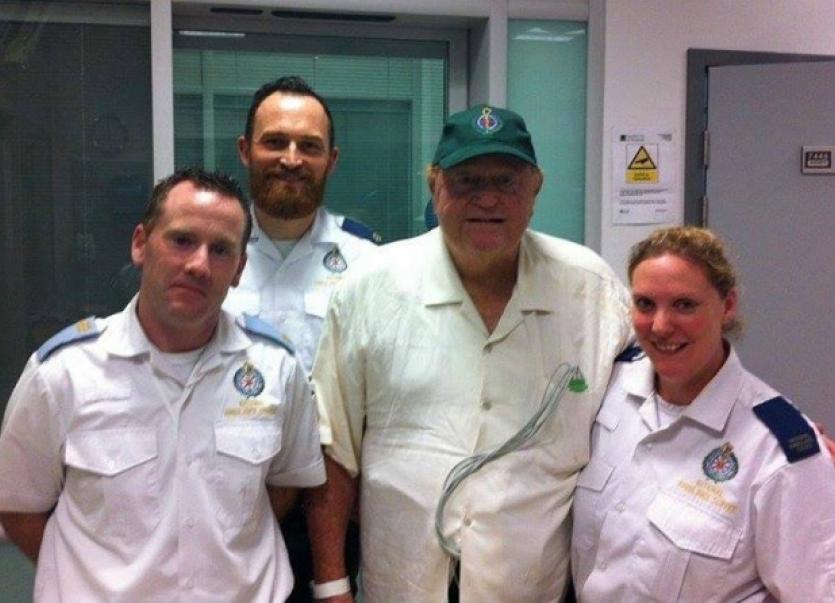 A LEGENDARY United States baseball star, who recovered from a heart attack at University Hospital Limerick, was quickly able to throw the ceremonial first pitch at a New York Mets-LA Dodgers game this week.

A LEGENDARY United States baseball star, who recovered from a heart attack at University Hospital Limerick, was quickly able to throw the ceremonial first pitch at a New York Mets-LA Dodgers game this week.

Former New York Mets star Rusty Staub, 71, suffered a heart attack while on a US-bound flight from Shannon to JFK Airport, on October 1. The incident occurred 90 minutes after the takeoff, and the sports legend subsequently went into cardiac arrest, according to the National Ambulance Service.

Luckily, airline staff and two doctors on board were able to perform CPR and a defibrillator was immediately activated to recuperate Mr Staub.

In a statement, the NAS said that they were alerted of the medical emergency, and they immediately dispatched two paramedics and an advanced paramedic to meet the United Airlines plane at Shannon Airport, after it quickly returned.

However, it was not known until later that the person was in fact the legendary Mets star Rusty Staub, who enjoyed a 23-year professional career with five teams.

“Mr Staub does not remember much of the ordeal,” said a spokesperson for the National Ambulance Service, “but wanted to thank the airline staff and doctors on board the flight, the NAS crew and hospital staff who were involved in his recovery.

“He said he was feeling great and that he was grateful for all the elements to come together to enable him to feel so well only four days after having such an event. The NAS crew got a chance to check in on Rusty to see how he was recovering.”

The NAS posted a photo, above, on their Facebook page of their Midwest team meeting the patient, saying that the recovery is “proof the chain of survival works even at 40,000 feet”. The social media statement also said: “Outstanding work by all with a [sic] outstanding outcome”.

In response to the Facebook post, it received more than 1,000 ‘likes’ with close to 100 people commending the emergency services and the University Hospital Limerick.

It is known if the doctors who saved Mr Staub’s life are Irish or from outside the country.

The day after the baseball star arrived home in the States, he was contacted by the Mets to throw the ceremonial first pitch, in the third game of the national league.

And it appears his recovery in Limerick brought some luck to the Mets, as they beat their LA revivals on a scoreline of 13 points to 7, on Monday evening on home turf.