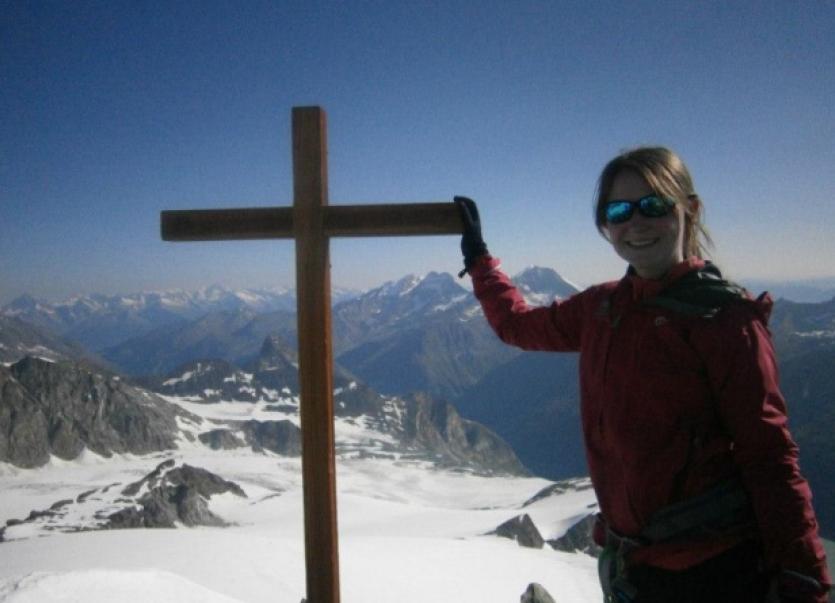 AN ADVENTUROUS 16-year-old Limerick girl summited not one, but three Alpine peaks in July, as part of a Mountaineering Ireland Youth Alpine initiative.

AN ADVENTUROUS 16-year-old Limerick girl summited not one, but three Alpine peaks in July, as part of a Mountaineering Ireland Youth Alpine initiative.

Caherdavin girl Naomi Keays, who has been an active member of the Irish Girl Guides since the age of four, travelled to Switzerland to trek three peaks after being accepted to undergo training with Mountaineering Ireland, in December.

During her stay in Saas Grund in the east of Switzerland, the enthusiastic teenager summited the Jegihorn, the Allalinhorn and the Fluchthorn peaks. While on the journeys, she was also taught how to perform a crevasse rescue, which involved jumping into a deep and narrow opening in ice.

The young adventurer said that her favourite part of the trip was staying in an Alpine hut, while climbing the Fluchthorn.

“We had to wake at four in the morning to start our route in order to ensure the snow would be hard. It took us approximately three hours to reach the summit. One of the benefits of such an early start was the beautiful sunrise we got to watch coming up over the top of the mountains,” she explained.

Prior to her trip, Noami underwent four training weekends, each located in different parts of Ireland, where she learned navigation, scrambling, climbing and rope skills. The training also involved running and endurance training between weekends, to ensure that they “would be able to perform at [high] altitude”.

One of six girls in a group of 23 young people travelling to Switzerland, Naomi said that the confidence she had built through years of Guiding were “enormous benefit”.

“I was used to making friends from other groups at regional camps, so I was more confident speaking to new people.

“One of my favourite parts of this opportunity was the amazing friends I made, and I hope to stay in close contact with all of them,” she said.

Only a few weeks after the trip, Naomi said that she wants to return to the Alps to summit the mountains again.

“I am already thinking about my next trip away. I would highly recommend to any young girls to try to get involved in hill-walking or climbing: just be sure to have someone experienced with you,” she advised.

The Caherdavin girl said that she loves being part of the Irish Girl Guides senior branch, and that she encourages girls and women to get involved.

“I have made some of my closest friends through IGG and have great memories of our weekly meetings and camping trips.”