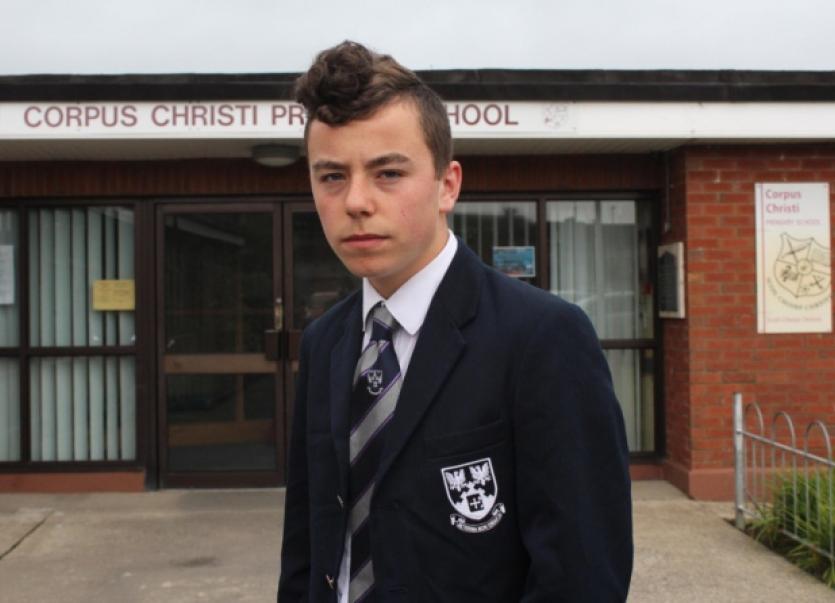 A YOUNG man from Moyross who won a prestigious scholarship to Clongowes Wood college says he misses living in the estate.

A YOUNG man from Moyross who won a prestigious scholarship to Clongowes Wood college says he misses living in the estate.

But two years into his secondary schooling, he is enjoying life at the Jesuit boarding school, which counts ex-Taoiseach John Bruton, writer James Joyce and chief justice Thomas Finlay among its alumni.

Nathan Lyons, 14, who was raised in Cosgrave Park, secured a scholarship to the Co Kildare school two years ago for his academic achievements, most particularly in mathematics.

He returns to the northside for school holidays, and says he has a respect for Moyross.

“I look at the place differently from the way I used to. I used to be out with friends. Now I respect places more, and respect my neighbours more. I do miss it when I am up there though,” he told the Limerick Leader.

Nathan was one of just 10 boys nationwide to win a scholarship to Clongowes, named after Chilean Jesuit priest Alberto Hurtado Cruchaga.

Going from Moyross to boarding school was a change of scenery, he admits.

But, he added: “It has been excellent, very good really. I have really enjoyed being there. It was the first time I was away from home, but I found it easy to settle in. Luckily I made friends quite quickly.”

“I am not good at speaking it, but I can write it down,” he says of the latter.

Nathan shares a dormitory room with around 20 boys his age, but when he reaches fifth year, he will get his own space.

Asked if it was a culture shock moving from Moyross to Clongowes, he said: “Yes, but I got used to it pretty quickly.”

He has a strong bond with his mother Frances Behan who he speaks to by telephone twice a day.

And true to the college’s ethos, he has taken up rugby, playing for his year’s team.

For the summer months, he is playing basketball.

The softly-spoken youngster says he has met some scholars from across Limerick, and admits there is “solidarity” between them.

But his circle of friends is actually far more global, saying: “People come from around the country, and even abroad. A few people came from Spain in my year this year to learn English, plus there are French and German people. And there are even people from the United Arab Emirates.”

Nathan is splitting his summer between Moyross and spending time with his extended family in Newcastle West.

This Wednesday, he is mentoring children from his Alma Mater, who are taking part in a summer camp at the Millennium Theatre in LIT.

His mum Francis says she is “so proud” of her son, whom she visits each Sunday in Clongowes.

To secure his place at the college, Nathan had to go through three interviews with the school principal Fr Leonard Moloney, himself a Limerick man.