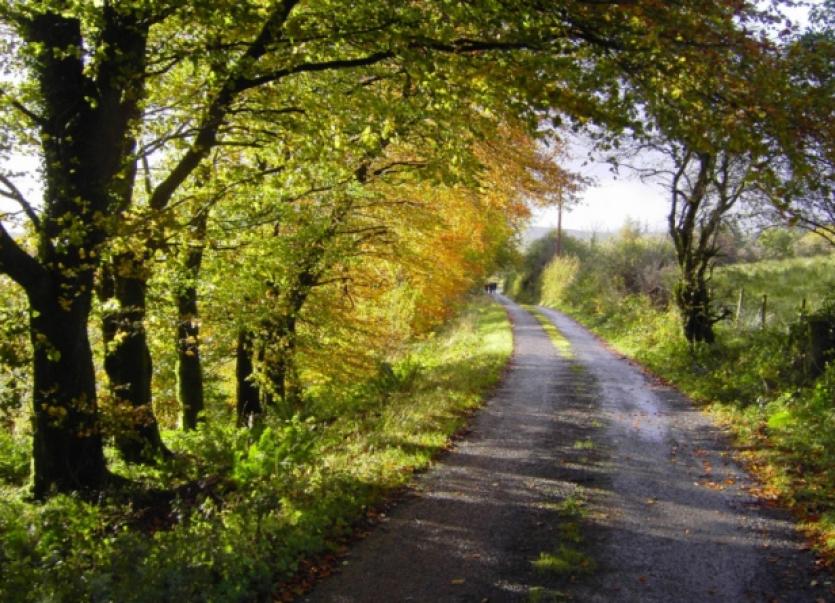 Communities throughout County Limerick are being encouraged to identify an attractive stretch of road that they would like identified as a Golden Mile as part of a competition being run by Limerick City and County Council.

Communities throughout County Limerick are being encouraged to identify an attractive stretch of road that they would like identified as a Golden Mile as part of a competition being run by Limerick City and County Council.

The initiative is aimed at identifying pleasant roadscapes and promoting the heritage features associated with them.

The competition is open to communities, groups of neighbours or members of the public who care about their local rural environment.

Bernadette Collins, executive planner with Limerick City and County Council, explained that the main aim of Limerick’s Golden Mile 2015 is to raise awareness of the county’s natural and built environment.

“The competition invites existing or new community groups to select a mile of county road that is safe for users and that has a sufficient variety of interest,” she explained. “This could include a mix of trees, hedgerows, stone walls, bridges, gates, stiles, old and new houses, farmyards and field entrances. These Golden Miles can also be improved by their local communities as safety can be increased by appropriate signage and maintaining verges. Even removing rubbish will immediately enhances a road and often very little will need to be done other than to pick up the litter. More ambitious works such as the preservation of stone walls and planting of native species can also be planned over a number of seasons.”

Ms Collins added that roadside hedgerows are one of our greatest assets from many aspects such as, wildlife habitats, trees, heritage, scenery and tourism.

She continued: “Many features of the built heritage remain to be rediscovered, such as gates, stiles, walls and bridges and these can encourage the retention of local craftsmanship and traditional styles.

“Research is encouraged into place names and local folklore, which can explain many of the quirks of our roads. Awareness of the natural and built heritage can help to integrate new development into the existing landscape and promote pride of local heritage in local communities and we’re hopeful that many communities will enter the competition in a bid to have their road names as Limerick’s Golden Mile for 2015.”

The Golden Mile consists of a one-mile stretch of a county/local road. The mile does not have to be a straight stretch of road, it could go straight through or right or left at a crossroad. All county roads or local roads outside of the 60kph speed limit are eligible to enter.

Groups who wish to take part must submit a Limerick’s Golden Mile 2015 application form by July 13 which is available to download along with an information booklet on the Council’s website http://www.limerick.ie/council/heritage-events-and-competitions.