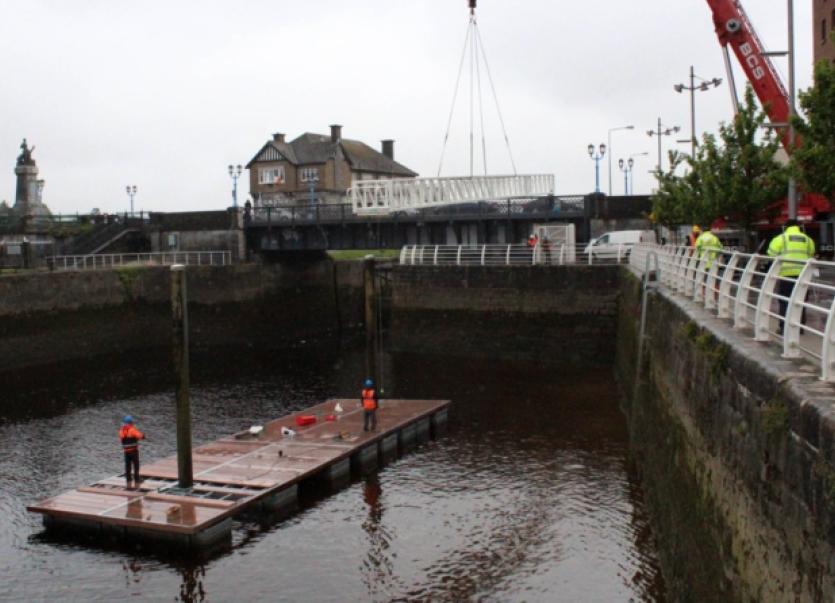 HE is already a Freeman of Limerick, but there have been renewed calls from the public to further honour philanthropist JP McManus in his native Limerick.

HE is already a Freeman of Limerick, but there have been renewed calls from the public to further honour philanthropist JP McManus in his native Limerick.

Following the announcement of his latest kind-hearted donation in the city, there have been fresh calls to build a monument or name a bridge after the businessman and racing magnate, who has donated millions of euro to good causes in Limerick and throughout the country.

The Limerick Leader’s report that the JP McManus Charitable Foundation has funded a new pontoon on the river to help improve response times to emergencies in the Shannon - and potentially save lives - received over 2,100 ‘likes’ on Facebook, over 900 ‘likes’ on the Leader’s Facebook page and the article was shared more than 150 times.

An online petition calling for the Shannon bridge to be renamed after JP McManus is still active, after one councillor’s ill-fated attempts last year to have it renamed the JFK bridge in honour of the American president, who once visited Limerick.

According to the latest accounts filed, Mr McManus, 65, donated almost €2m to charities in 2013, amounting to a staggering donation of over €56m since he set up his foundation 13 years ago.

In addition to receiving the highest honour that a city can bestow on one of its citizens, a medal bearing his name was added to the historic mayoral chain of Limerick in 2011, in honour of his contribution towards the social, community, education and sporting life of the city.

Last week, construction began on a new pontoon at Harvey’s Quay for Limerick Marine Search and Rescue, allowing the volunteer group to permanently moor their rescue boat on the river, as they can’t always access the slipway near St Michael’s rowing club during to changes in the tide.

Developed at a cost of some €70,000, the works were funded by the JP McManus Charitable Foundation, after the group submitted a detailed plan and costings for the works. The entirely voluntary service - staffed by 30 people - is on standby for any calls they receive regarding people getting into difficulty in the river.

“We had two call-outs last week, but it varies from week to week. You might get nothing for weeks, and then your beeper could go off three times in one day,” explained one member.

The service is reliant on a grant they receive from Limerick City & County Council to fund their costs, but mainly on the public’s support through fundraising initiatives. One of the members said they were very grateful to the committee in charge of Mr McManus’ philanthropic organisation, as it would have taken them years to fundraise the amount required for the pontoon.

It is expected that the pontoon will become fully operational in the coming weeks. JP’s foundation has also supported the charitable group in the past, by buying them a lorry to help transport their diving gear to locations where they are needed.

Chairman of Limerick Marine Search and Rescue is Tony Cusack said the construction of the pontoon is a long-awaited and much needed development in the city.

“The reason we’re putting a pontoon in the water is for faster access to the river. When we get an emergency call we won’t have to be towing a boat behind us , or we won’t have to go to the rescue centre, we can go straight to the pontoon, which will be situated in Poor Man’s Kilkee.”