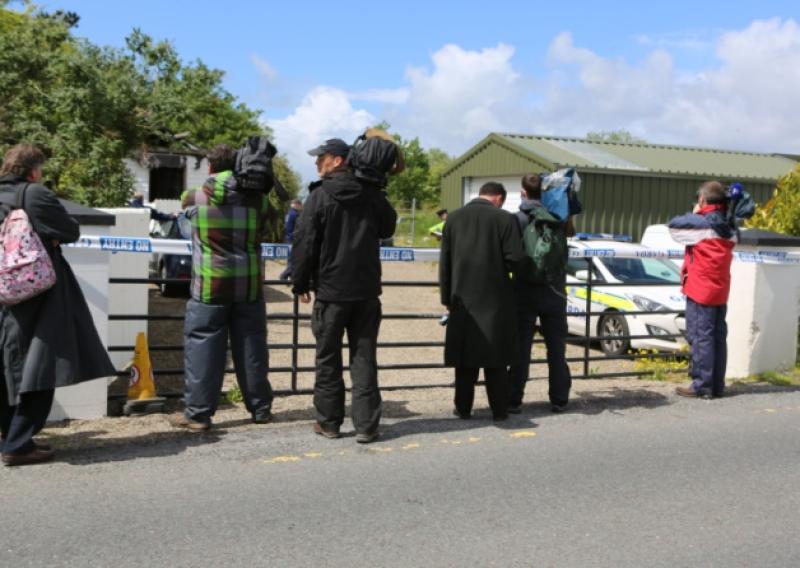 The former stepdaughter of deceased fraudster Julia Holmes has offered her condolences to the family of Thomas Ruttle who was found dead by her side in the home they shared near Askeaton last week.

The former stepdaughter of deceased fraudster Julia Holmes has offered her condolences to the family of Thomas Ruttle who was found dead by her side in the home they shared near Askeaton last week.

Kimberly Parrish told the Limerick Leader that she had not heard from Mr Ruttle’s family in the wake of the grim discovery, but had asked someone who is in touch with the family to pass along her contact details.

“My heart breaks for them,” she added.

Ms Parrish is one of two daughters of Clyde Parrish, the Texan whom Holmes married in the 1980s soon after she moved to the United States.

Holmes was later prosecuted for a fraud that involved selling non-existent property in Ireland to wealthy American investors.

She served 26 months in jail for the offence, while Mr Parrish was imprisoned for six months for concealing information from investigators.

In interviews, Kimberly Parrish has described her life with Holmes as being “miserable” and claimed that she and her sister “were always fearful she’d poison my dad”.

As news of the grim discovery in Askeaton emerged last week, Kimberly was forced to revisit that difficult period in her youth.

Having experienced first hand Julia Holmes’ skill at manipulating others, she can relate to how the Ruttle family must be feeling.

“We are heartbroken for the family of Mr Ruttle and pray that they may find peace and solace in the midst of this tragedy.

“​There are no words to describe the devastation that she has continually caused throughout her years upon this earth, but we take comfort in knowing that her reign of terror has finally come to an end.

“Our thoughts are also with the countless families that she destroyed along the way: the pensioners no longer able to retire, the families torn apart, the lives left in desolation. True to form, she was conniving to the very end, a perfect example of a true sociopath. She never took responsibility for the harm that she caused and alarmingly, never developed even the hint of a conscience,” she said.

“We now close the book on this chapter in our lives and thank God daily that we managed to survive as a family. Sadly Mr Ruttle’s family will never know this feeling and for them we offer our most sincere condolences.”

Meanwhile, more details have been emerging about contact with the couple prior to their deaths.

It has been claimed that Tom Ruttle made a late night phone call to a relative on April 2 during which they talked about visiting his house in the near future.

This claim was made by blogger Amethyst Storm who set up a blog to help police trace the activities of Julia Holmes.

Local gardai are still keeping an open mind on the cause of death and have asked anyone who had contact with the couple and has not yet come forward to do so.

It is understood a liquid poison was found in the house close to where the bodies were discovered last Monday and there has also been speculation that the couple died as a result of deliberate inhalation of gas from a barbecue.

However it is likely to be at least a week before any confirmation of the cause of death will be disclosed.

In the meantime, the body of Julia Holmes remains in the morgue in Limerick University Hospital and it is looking increasingly unlikely that any family members will come forward to claim her remains.

Her son, whom she abandoned with his grandparents as a baby, has told reporters that he wants nothing to do with her.

The man, now 43, is reported as saying: “I feel utterly cheated that she has been allowed the easy route out after a life of crime and chaos.”

Should nobody come forward to claim her remains, she will be buried locally in a ‘pauper’s grave’ with the cost of the funeral being borne by Limerick City and County Council.

The funeral of Tom Ruttle is expected to take place soon, after his remains were released to his family in Rathkeale last week.

It is likely he will be buried in the Ruttle family plot in the Church of Ireland graveyard in Askeaton.

However, the family have made it clear that Julia Ruttle will not be buried alongside him.

Following the discovery of the remains in the house the couple shared at Boolaglass, there has been much speculation locally about a gravestone that is placed on the family plot in memory of Annabella Clarinda Ruttle, ‘Treasured Baby Daughter of Thomas and Julie Ruttle’, with a date of December 2, 2011.

It is known that Julia Holmes claimed to be pregnant shortly after the couple had a wedding ceremony in April 2011, despite being 59 years of age at the time. She later claimed to have had a miscarriage and the gravestone was erected some time later.

Pictures have also emerged this week of the couple’s wedding ceremony which took place in April 2011. As Julia Holmes was already married and had never divorced, the couple just went through a ceremony to bless their marriage, rather than a full civil ceremony.

It is understood she met Mr Ruttle - who has been described by local people who knew him as a “quiet, unassuming man” - online.

Mr Ruttle was an active member of the Limerick Beekeeping Association and the couple later set up their company Irish Bee Sensations, marketing what they described as “local Irish heather honey”.

The product won a slew of prizes, including a Blás Taste of Ireland award, but it has since been claimed that the honey was simply bought in a supermarket and repackaged.

The organisers of the Blás competition are now understood to be testing the honey to ascertain where it actually originated. This will be done using pollen analysis to determine its botanical and geographical origins.