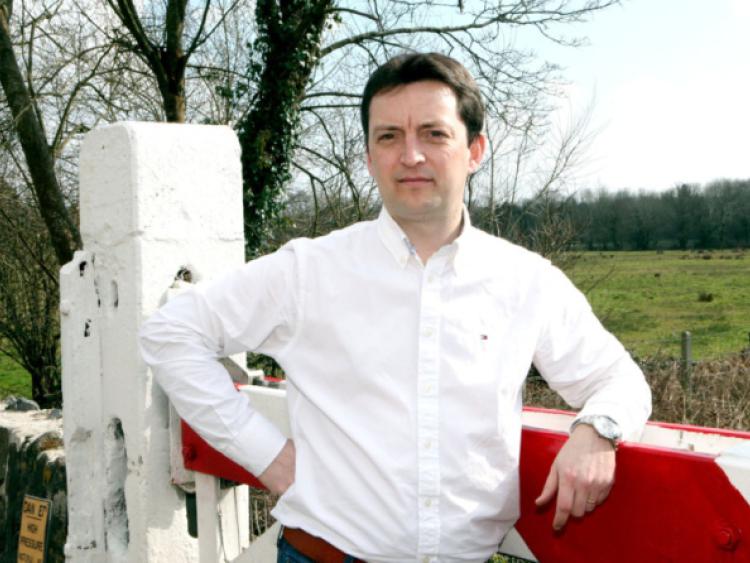 LOCAL politicians from across the spectrum have praised a Fianna Fail councillor who this week reveals – in an in-depth interview with the Limerick Leader – the battle with depression that led him to him spending 11 weeks in the care of St Patrick’s Mental Health Services in Dublin, just months after he was elected as a first-time candidate.

LOCAL politicians from across the spectrum have praised a Fianna Fail councillor who this week reveals – in an in-depth interview with the Limerick Leader – the battle with depression that led him to him spending 11 weeks in the care of St Patrick’s Mental Health Services in Dublin, just months after he was elected as a first-time candidate.

On the outside Cllr Shane Clifford had it all – happily married, three healthy children, a nice house, good job, an outgoing personality.

On the inside he was putting himself down, felt he was lazy, weak and a “bad person” due to the illness that consumed him. When he entered what he calls “a very, very dark place” fleeting thoughts entered his head to take his own life.

“If there is one thing anyone can take out of this is it can happen to anybody,” he tells the Leader this week.

“It is OK for people to put their hands up and say they need help. I really never thought I would end up in a dark place like that.”

Cllr Clifford’s courage in speaking publicly about his experience of mental ill health has the power to do untold good, say local politicians from across the party divide.

The president of The Irish Association of Suicidology, Dan Neville TD, said this Wednesday what Shane has done will help to ensure that others are encouraged to seek help at a very early stage of a mental difficulty.

“To have people speaking and telling their story is of enormous importance to those of us who are campaigning to destigmatise mental illness,” he said.

“We want to normalise mental illness. We want it to be as normal as a physical illness – diabetes, heart difficulty or a broken limb. When physical illness occurs people seek help immediately but because of the stigma and lack of understanding of mental ill health they often seriously delay getting help and it becomes chronic,” said Mr Neville.

“I have huge admiration for what he is doing. The whole party is behind him. I know the community in Castleconnell will rally behind him and continue to support him. He works very hard, takes the role seriously but has got to try and cope with his own personal circumstances as well. We’re only human at the end of the day,” said Mr Collins.

Cllr Daniel Butler (FG) said the issue of mental health is very close to his heart and is the main part of his day job as a drug education worker.

“I know how brave Shane is being. I was on Joe Nash (Live 95FM) to speak about my own struggles. My dad (Cllr Richard Butler) passed away in December 2013. I had to make a decision whether or not I was going to go forward to be co-opted to fill his seat and then go on to the election in May. It definitely was the darkest period of my life. It was the most difficult thing I’ve ever done - so much of my dad’s memory was tied up in being on an election campaign,” said Cllr Butler.

By speaking out he says Shane has helped set men, in particular, free to talk about their mental health.

“We don’t share the same politics but we are two young men in politics, both have had our struggles and I totally admire Shane for what he is doing. It is a brave decision,” said the Fine Gael councillor.

Labour’s Joe Leddin said by Shane sharing his experience it may help himself in terms of dealing with the condition and those who are suffering in silence.

“If that encourages simply one person from reading the article to pick up the phone or in whatever way seek help it will certainly be a worthwhile exercise. I applaud him for that,” said Cllr Leddin, who touched on the increased work load in the new council for councillors despite it being a part-time role and the pressures of maintaining a healthy work-life balance.

The last word goes to Shane who says he wants to give a message of hope for those experiencing their own “dark days”.

“Whilst there’s no magic wand, it is possible to live a ‘normal’ life full of joy and happiness once you take care of yourself and work your way through your own personal journey to recovery. That’s the message I cling to during the tough times as I learn to live my life with this illness,” he said.

To read the full, in-depth interview with Shane, see this weekend’s Limerick Leader.