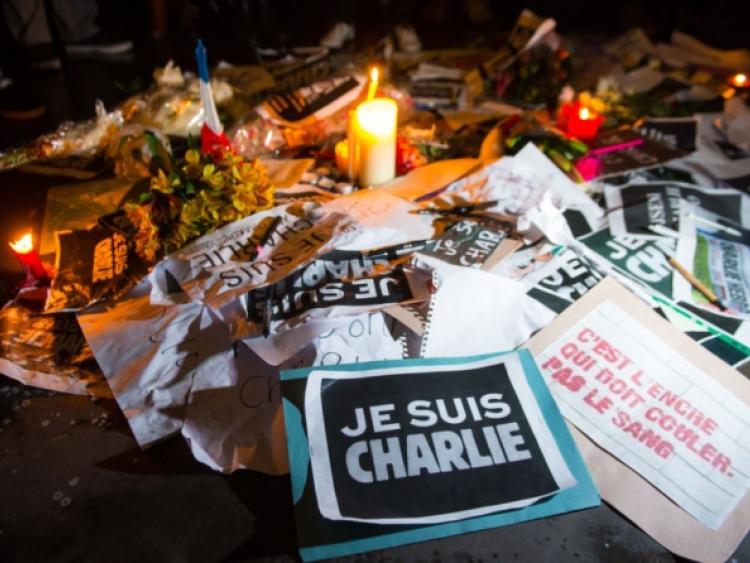 THE organisation representing the French community in Limerick is to open a book of condolence for anyone wishing to express sympathy for those killed in the Charlie Hebdo attack in Paris.

THE organisation representing the French community in Limerick is to open a book of condolence for anyone wishing to express sympathy for those killed in the Charlie Hebdo attack in Paris.

The Alliance Française de Limerick, based at 7 Pery Square in the city, will open the book on behalf of those murdered in the terrorist attack in the French capital.

Ten journalists and two police officers were murdered in an attack on the satirical magazine that has plunged France into despair and shocked the wider world.

The book will be open at the Alliance headquarters this Friday from 9.30am to 1pm and on Saturday, from 11am to 1pm.

Marie Hackett, the Honorary Vice-Consul for France in the Limerick area, said that the French community in Limerick was “shocked” at the events that took place in Paris this Wednesday.

“I must say the French community is quite shocked here, and the fact of being away makes it even harder,” she explained.

“We are very shocked due to the fact that it is actually, fundamentally, a right for us to express our freedom of expression, that is what our Republic is based on. Terrorism is not something that is unknown to the French, there has been acts before, but this is particularly strong, especially after the images that were conveyed on the web, and I don’t think they should have been shown, it was very tragic.

“We are opening a book in the Alliance and I suppose it would be a positive for us to talk about it. It is hard, there is no doubt,” added Ms Hackett.

Cllr Kevin Sheahan, Mayor of Limerick, said he was “appalled and disgusted at this barbaric terrorist act in Paris and send my deepest sympathies to the families of those who lost loved ones and the entire staff of Charlie Hebdo magazine.

“These extremists will never be able to silence press freedom and self expression which are non negotiable rights and the revulsion of the entire world is testament to that. True Islam condemns such violent attacks ignorantly carried out in its name,” he added.

Staff in the Limerick Leader were among many media outlets and businesses across Ireland and Europe that observed a minute’s silence in solidarity with the murdered journalists this Thursday at 11am.

The National Union of Journalists said it had called on members to observe the silence following the “shocking and sickening assassinations of journalists” at Charlie Hebdo.

“The NUJ, together with journalists and their unions around the world, has condemned this attack as an attempt to gag press freedom and attack the entire profession,” said a spokesperson.