Sinn Fein encourage Limerick public to have say on tax 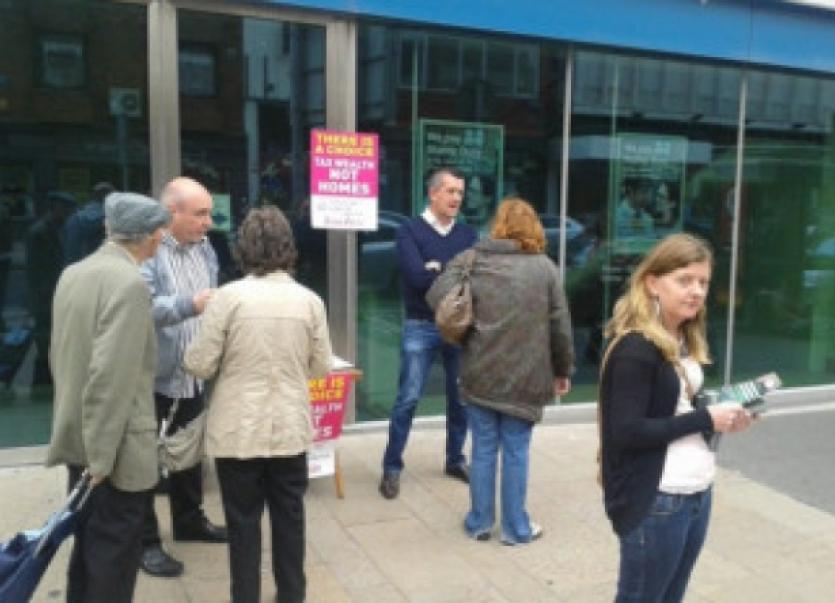 SINN Fein locally is encouraging members of the public to make a formal submission to council on the property tax.

SINN Fein locally is encouraging members of the public to make a formal submission to council on the property tax.

People can make their views known to the local authority on the Property Tax between now and next Monday, August 25.

Legislation around the tax makes a provision that local councillors can vary the tax rate by 15% upwards or downwards.

And Limerick City and County Council’s six Sinn Fein members have lodged a notice of motion to cut the tax by 15% at September’s meeting.

On Saturday, Cllrs Maurice Quinlivan, Séighin Ó Ceallaigh, Malachy McCreesh, Ciara McMahon, Seamus Browne and Yvonne McMahon were all out in their electoral areas getting people to sign their names to standardised letters calling for a 15% reduction, and for that money to be reinvested locally.

While Cllr Quinlivan gathered almost 300 names in the two hours he was in the city, and it is expected his party colleagues gathered a similar number each.

“There is a public appetite [for a reduction]. You can see it on the streets. Councillors are getting the same reaction wherever they go,” he told the Limerick Chronicle.

Although the council had invited submissions from late last month, Cllr Quinlivan argued that because the advertisements were not placed prominently, many people were not even aware they could have their say.

This, he said, was illustrated on Friday when a meeting with head of finance Tom Gilligan revealed there had been just one submission on the Property Tax so far.

“If you go onto Kerry County Council’s home page, the first thing you see is the invite for submissions. If you go on Limerick City and County Council’s web site, to have to go looking for it: you have to know it is there,” he said, “I don’t believe the advert was taken out in a prominent enough location.”

City and County Councillors are to meet on Monday, September 22, to discuss a variation in the tax rate.