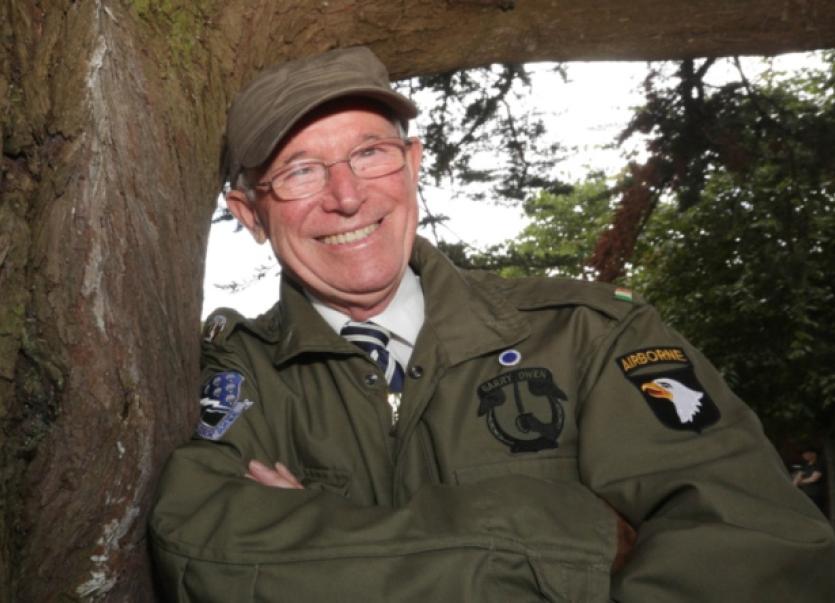 A 78-YEAR-OLD Limerick grandfather will plummet 30,000 feet from the skies this weekend in memory of his wife who passed away a year ago.

A 78-YEAR-OLD Limerick grandfather will plummet 30,000 feet from the skies this weekend in memory of his wife who passed away a year ago.

Michael Sheahan, from Dooradoyle, has raised over €7,500 and is hoping to raise €10,000 for aneurysm research by fulfilling one of his lifelong dreams - to go skydiving.

The father of five and grandfather of 10 was prompted to take up the cause after his beloved wife Evelyn sadly passed away in July 2013 following a brain aneurysm at the age of 67.

Michael was due to undertake his parachute jump last weekend at the Irish Parachute Club in Edenderry, but it was cancelled due to bad weather.

However, all his family will make the journey to Kilkenny this Sunday to watch him do a tandem parachute jump.

“With the help of God I’ll get there,” he told the Limerick Chronicle. “I’m not afraid at all. I’m not afraid of anything,” he said with a laugh.

All the money raised will go towards the Adrienne Hussey Foundation at the University of Limerick, in memory of the 26-year-old Texas Rose of Tralee candidate who passed away in January 2012 as a result of a ruptured brain aneurysm.

Michael said since he began his fundraising drive he has been shocked by the number of people who have told him of relatives who have passed away suddenly from aneurysms. “Of the 150 houses in my estate, three people have died from aneurysms, including Evelyn, and at least three other people have had aneursyms but survived,” said Michael, who still runs the family business Michael Sheahan & Sons pork and bacon products, which was started by his great grand-father in 1822.

Michael said that he was overwhelmed and grateful for all of the support the community has given him, with €2,500 alone raised at a pub quiz in Collins’ bar in Dooradoyle recently.

The couple had been married for 47 years and Michael said they were “inseparable” and “never went anywhere without holding hands”. “I miss that a lot,” he added. See iDonate.ie.