Anger as anglers fail to land sponsorship for children’s competition 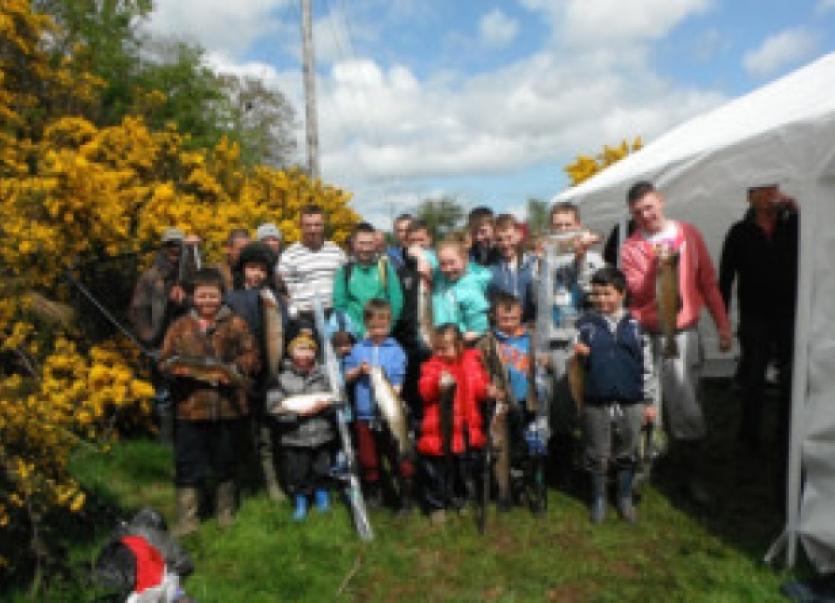 YOUNG anglers were left reeling when a trout fishing competition was cancelled at the last minute after organisers failed to get support from Inland Fisheries Ireland.

YOUNG anglers were left reeling when a trout fishing competition was cancelled at the last minute after organisers failed to get support from Inland Fisheries Ireland.

The state body had sponsored fish for last year’s event in O’Briensbridge and organisers Limerick and District Anglers Association believed they would have IFI support again this year.

Eoin Brockert, secretary of Limerick and District Anglers Association, said he had been encouraged by Ms Mooney to apply for sponsorship and at no stage was a shortage of resources mentioned.

“If money was a problem, they could have told us months ago and what we got instead was a refusal of sponsorship 12 days before the event.”

And Mr Brockert also pointed to an email from Ms Mooney from late June in which the regional director said she had “recommended supporting the request” for sponsorship with the relevant section of IFI.

He was “bitterly disappointed for the kids who have been looking forward to the event since last year, which was a huge success and at the short notice of the decision by Inland Fisheries Ireland”.

“This is simply unforgiveable given juveniles are involved,” Mr Brockert said, explaining that many involved were young people from disadvantaged areas of the city.

Almost 50 children had taken part in last year’s competition and they had hoped to build on that success in an event that was scheduled to take place on August 9.

An application for sponsorship was made in April, Mr Brockert said, with follow-up correspondence between the anglers and IFI on several occasions.

In spite of what Mr Brockert insists were indications they would be successful, a letter was received from Ms Mooney on July 28 informing the anglers their application had been declined. This had left “no time for alternative arrangements”. Mr Brockert said.

“Ms Mooney even had the audacity to wish us ‘every success with the event’ in the letter.

In response, Ms Mooney told the Limerick Leader that while regional managers could pass requests along the chain, all sponsorship applications had to go through the same procedure in the relevant section of IFI.

“Unfortunately, no request is guaranteed and it is always subject to funding that we have available and staff resources. That wouldn’t be the only club that wouldn’t have got sponsorship this year,” she said.

It had also been set out in the application documentation that individual clubs should where possible apply for funding through their umbrella groups or federations rather than have the IFI deal with applications “in a piecemeal way”, Ms Mooney explained.

“I know that last year it was a smaller event and only a few fish were required and, yes, we were able to sponsor it then. Since then we have received further cuts, like a lot of state agencies,” she said.

“We can only spend what is available to us and unfortunately this year - and I know it was a more substantial funding request that came in this year - we couldn’t possibly fund it. But that’s not to say it won’t happen next year.”

Mr Brockert said the association had initially sought a €500 prize fund but had also advised IFI they would be perfectly happy to get the same support as last year i.e. fish from the IFI hatchery in Roscrea.

“If money was a problem, they could have told us that months ago rather than us having to disappoint a bunch of kids with only days to go,” he said.

He contrasted the IFI’s lack of support with the ESB, who had helped clear the shore at McNamara’s Lake, O’Briensbridge in advance of the competition that never happened.