Body of man recovered from river at University of Limerick 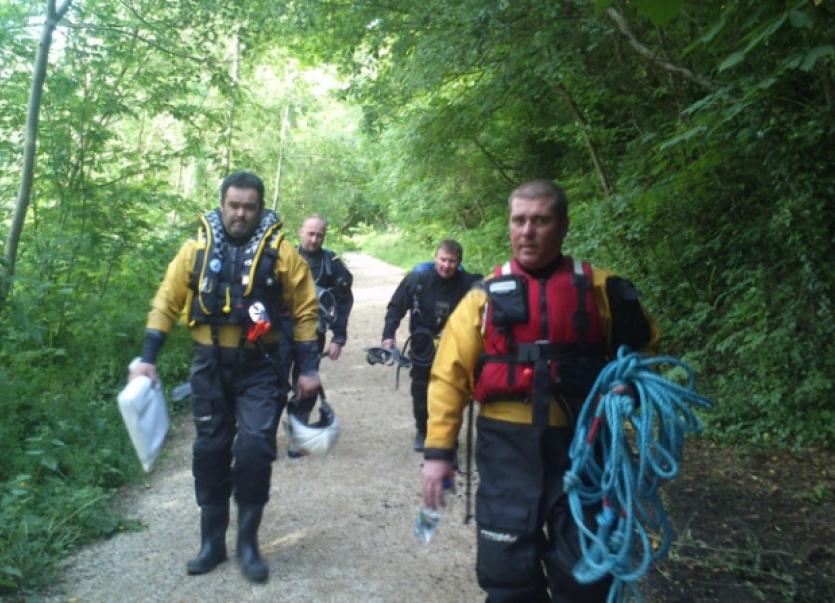 A BODY has been recovered from the river Shannon at the University of Limerick near where a man got into difficulty last evening.

A BODY has been recovered from the river Shannon at the University of Limerick near where a man got into difficulty last evening.

The alarm was raised shortly after 6pm with members of the Fire Service, Limerick Marine Search and Rescue and gardai all responding.

Rescue 115 - the Shannon-based coastguard helicopter - also assisted in the search operation for several hours under nightfall.

The search resumed early this morning with divers from the Killaloe-Ballina Search and Recovery unit also providing assistance.

The body was located in an area of the river adjacent to the old swimming pool at UL at around 9.10am.

The body has not yet been formally identified but is believed to be that of the missing man.

According to several eye-witnesses, the man got into difficulty after he entered the water with a horse at an area of the river known locally as the Sandy. There are reports that the horse also drowned.

Investigations are continuing and a post mortem will be carried out later at University Hospital Limerick.