Complaint to Limerick City and County Council over AAA postering 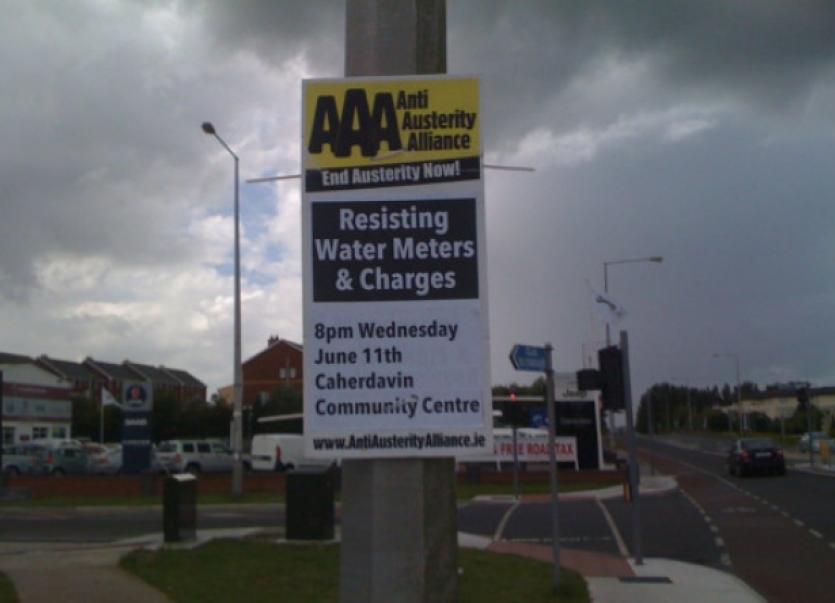 A COMPLAINT has been made to Limerick City and County Council over postering by the Anti-Austerity Alliance party.

A COMPLAINT has been made to Limerick City and County Council over postering by the Anti-Austerity Alliance party.

In a letter to City Hall, the complainant says the AAA - which took three seats in its maiden election - erect posters “whenever and wherever they want with impunity”.

He claims this causes many instances of littering.

“This persistent littering is creating a bad appearance for the city we are doing our best to keep clean,” the correspondent said.

Pointing to events held by the campaigning group, he said: “Between one event and another this group have posters on Limerick City lamp poles 365 days of the year. It’s simply not good enough that the Council allows this abuse to continue month in, month out.”

“Furthermore these posters do not contain the phone number and address of the person responsible as required by regulation.”

Posters advertising public meetings are permitted under environmental laws, but they have to be removed within seven days of the event taking place, in a similar manner to election placards.

An AAA spokesman said: “Public notices advertising such events are crucial for all community groups, who lack the huge funds spent by large corporations on advertising. The importance of these notices in ensuring freedom of speech and organisation is why both national law, and local bye-laws allow posters to be put up for not-for-profit public meeting on issues of public concern.”