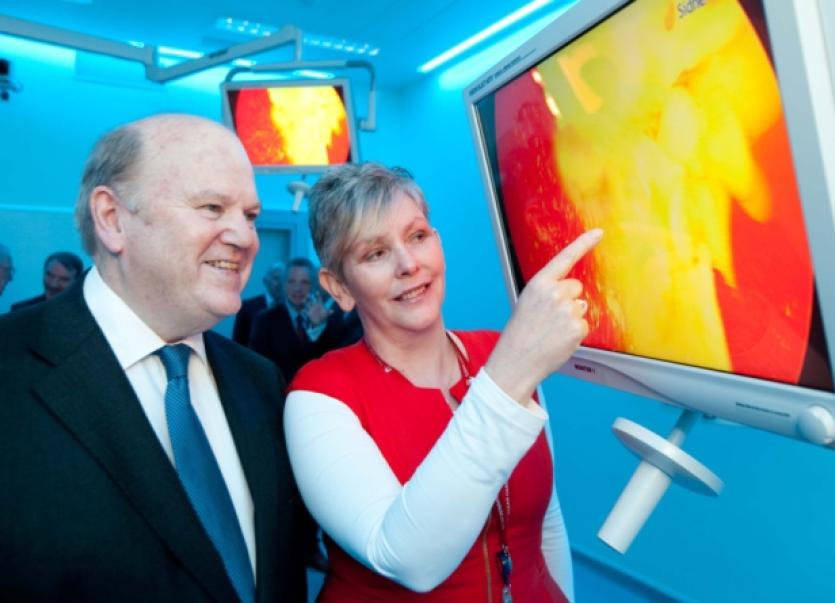 THE CEO of the UL Hospitals Group has insisted that management is on the right road to alleviating overcrowding in the emergency department in Dooradoyle.

THE CEO of the UL Hospitals Group has insisted that management is on the right road to alleviating overcrowding in the emergency department in Dooradoyle.

Ann Doherty, who was appointed to the position two years ago and is expected to soon take up a new position as CEO of Cork City Council, had said in her earliest interviews that A&E was “not fit for purpose”, a criticism repeated in last week’s HIQA report on patient safety at the six UL Hospitals.

Ms Doherty has welcomed what she called the “extremely important HIQA report of the governance arrangements; the first such review in Ireland”.

“I am delighted that HIQA acknowledged the commitment that our staff have to ‘providing good safe care and to improving the services’. Staff have been exceptional in their drive to make our hospitals the best they can be. I am very aware that the emergency department is not acceptable for our patients or staff and I have acknowledged that for some time. However we are in the middle of the construction of our new emergency department which is being built to 21st century standards and will be a vast improvement on our current ED,” she said.

The €20 million new department would open in 2016 and would be a “modern, patient-focused facility”, Ms Doherty added.

Among the interim measures already taken to alleviate overcrowding are a 17-bed short stay unit opened after the HIQA visit which is expected to expand to 50 beds; increased use of medical and surgical assessment units across the group; swifter access to diagnostics to ensure patients don’t need to stay overnight.

Measures also include faster discharges and a daily teleconference involving managers at all six hospitals.

Governance reforms at the hospitals group are in line with government policy on establishing autonomous hospitals trusts, with Limerick one of the early movers. Progress made in implementing these reforms is acknowledged by HIQA.

“The building blocks for a sustainable quality-focused organisation are now in place as acknowledged by HIQA and we will use our quality improvement plan to further progress improvement for our patients,” Ms Doherty added.