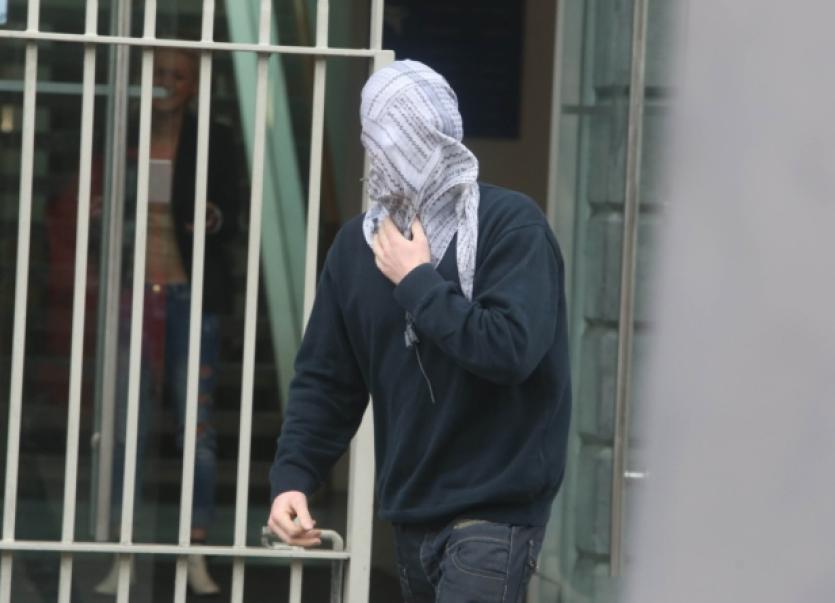 A YOUNG man who assaulted an off-duty garda, leaving him with permanent brain injuries, was sentenced to four years imprisonment.

A YOUNG man who assaulted an off-duty garda, leaving him with permanent brain injuries, was sentenced to four years imprisonment.

During a sentencing hearing, which was heard earlier this year, Limerick Circuit Court was told how Mr Gibson, who is based in County Galway, has lost his sense of smell and taste as a result of the assault and suffered blurred vision for a time afterwards and still suffers from Tinnitus.

Detective Garda Joe Cusack said on the night of the assault, Mr Gibson had been socialising with his wife, Audrey, and friends in Limerick city centre to celebrate his 35th birthday.

As the couple, who had just returned from their Honeymoon, were travelling back to Audrey’s parents’ home in the St Patrick’s Road area of the city, a youth – described in court as Mr X – grabbed Audrey’s handbag and fled in the direction of St Brigid’s church.

Mr Gibson chased the youth but he managed to escape before he could apprehend him. A short time later, Mr Gibson encountered the accused man.

Det Garda Cusack said Mr Gibson identified himself as a garda and asked Fitzgerald if he knew who had stolen his wife’s bag.

The court was told Fitzgerald then struck Mr Gibson in the head “without warning, reason of provocation,” causing him to fall and hit his head off the ground.

The 36-year-old was out of work for 10 months following the assault and his career prospects have been severely affected as a result of the injuries he sustained.

In a victim impact statement, Garda Gibson said he has suffered “untold heartbreak” as a result of what happened. He said he is not permitted to drive and that his confidence has been affected.

The court was told that following his arrest, a number of weeks after the incident, the defendant said he had taken “a nagin of vodka, weed and cocaine” on the night.

He admitted hitting Mr Gibson but insisted he did not realise he was a member of the gardai. “It was self-defence, I was in fear,” he told gardai during interview.

Andrew Sexton SC, defending, said his client has suffered a lot of tragedy in recent years and that he was intoxicated on the night.

“It is a case with tragedy in the background but that doesn’t excuse his behaviour,” he said.

Mr Sexton said it was a “one-punch case” where his client’s actions “may not have led to anything but led to an awful lot”.

John O’Sullivan BL, prosecuting, accepted submissions that Fitzgerald’s admissions and guilty plea were of “material assistance” to the State.

Imposing sentence, Judge Carroll Moran said the assault had been a very unlawful act which had resulted in “calamitous consequences of a life changing nature for the victim”.

He said the assault was “random and unjustified” and that Fitzgerald had delivered a deliberate blow with the intent to cause injury.

He commented that the payment of compensation in the case was “not realistic” given the severity of Mr Gibson’s injuries and the ongoing difficulties he is suffering.

“It is difficult to see how he could raise the appropriate amount,” he said.

The judge said Fitzgerald’s admissions, guilty plea and expressions of remorse were mitigating factors and he said there was a doubt as to whether or not Mr Gibson had identified himself as a garda on the night.