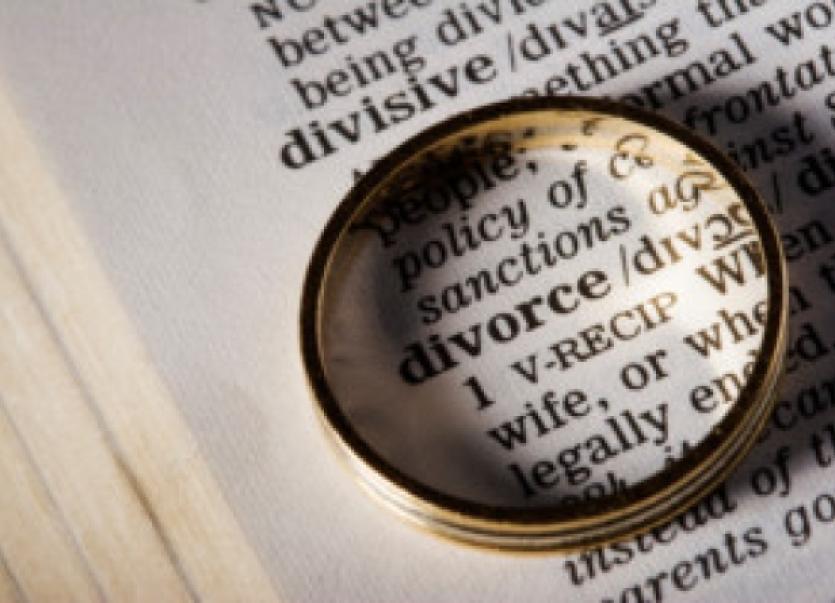 THERE were more divorces than weddings in Limerick last week as almost 30 marriages were formally dissolved in a single day.

THERE were more divorces than weddings in Limerick last week as almost 30 marriages were formally dissolved in a single day.

A total of 26 motions for judgement relating to uncontested divorces came before a day-long sitting of the Circuit Court.

While each of the cases were held in camera (closed to the public) the Limerick Leader can reveal that each of the applications were approved by the presiding judge.

While none of the individuals concerned can be identified, it is a sign of the times that almost half of the cases did not involve solicitors with the husband and wife appearing before the court in person.

By law, couples seeking a decree of divorce are required to have lived apart for four years prior to making the application. This is done in the form of a separation agreement or judicial separation.

Prior to a court hearing, the couples are required to lodge legal documents in support of the application.

These documents include details of the marriage and the reasons for the breakdown in the relationship.

Details of the the couples income and any assets are also disclosed along with details of any children arising from the marriage.

According to legal sources, the details of the documents are not generally discussed in open court unless the judge requires clarification of certain matters.

Once a decree of divorce is granted both parties are then entitled to remarry or enter into a civil partnership.

The terms of the decree are legally binding and cannot be reversed but either party can apply to the court for a review.

According to the most recent Census figures, a total of 3,319 people in Limerick said they were divorced in 2011 while 1,492 stated that were remarried having previously divorced.