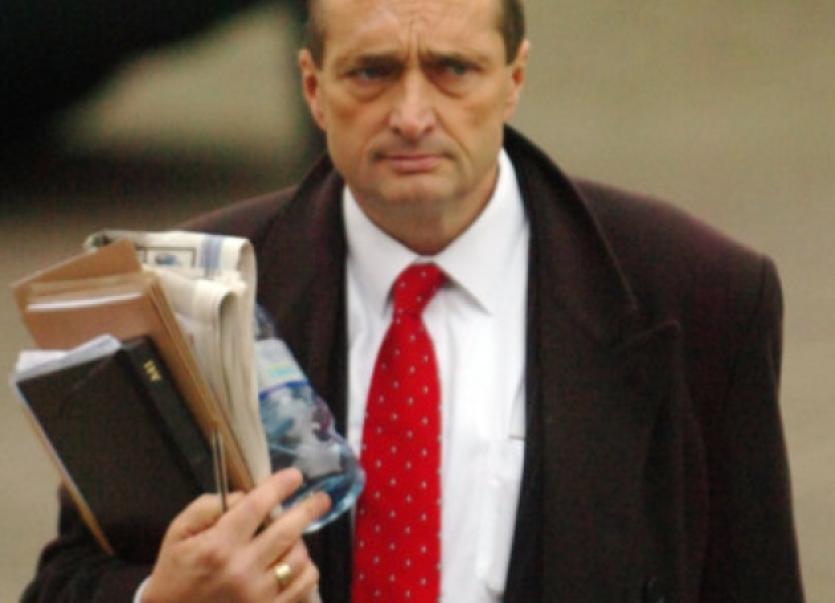 OVER 100 tapes were returned from Henry Street to Garda headquarters as part of an internal inquiry into the recording of telephone calls at garda stations around the country, according to reports this week.

OVER 100 tapes were returned from Henry Street to Garda headquarters as part of an internal inquiry into the recording of telephone calls at garda stations around the country, according to reports this week.

That is according to an inventory compiled by Supt Michael Flynn, head of telecommunications at Garda headquarters, last month.

It was Supt Flynn who last week gave evidence at the Special Criminal Court in which two Limerick men were being tried for IRA membership. The men’s defence teams successfully applied to have the case adjourned in the wake of the recording revelations that have rocked the top layers of Garda management and of government itself.

The men later pleaded guilty after Supt Flynn gave evidence that phones at Cahir and Clonmel garda stations, where the Limerick men were being detained, were not recorded. The recordings were made only at divisional headquarters, Supt Flynn had said.

According to a report in The Irish Times this week, there were 109 such recordings, which pre-date 2008, made at Henry Street which have been returned to Garda headquarters as part of the internal inquiry.

It was in 2008 that this analogue recording systems was replaced with digital recording technology.

Retired garda sergeant John Delaney, who was the member in charge of telecommunications equipment at Henry Street, said this week that advertising for firms to provide this service - which happened in 1996 and again in 2008 - by public tender was hardly the hallmark of a police force which wanted to engage in some KGB-style covert surveillance.

“How could it be secret or covert when it was procured publicly and advertised,” Mr Delaney, who retired in 2012, said in an interview with Limerick’s Live 95FM this week.

Such a tender process, Mr Delaney insisted, had taken place when the gardai “saw a need to record emergency traffic and switchboard traffic to divisional headquarters”.

That 999 calls were routinely recorded at Garda stations would be obvious to anybody who regularly attends the courts, Mr Delaney said.

And he also said that once a call from an outside line was transferred from the switchboard into another office in Henry Street, the recording stopped. This meant that anybody ringing the gardai with confidential information or looking to do routine business was not subject to eavesdropping. It was also the practice in Henry Street that such recordings were wiped after a month when the tapes were recycled and re-recorded over, Mr Delaney said.

But whether or not this is the case is the subject of a number of inquiries, including a statutory commission of investigation set up by the government last week.

Limerick solicitor John Devane has already said he suspects phone calls he made to clients at garda stations were bugged - including in the case of John Dundon, sentenced to life in prison last year for the murder of Shane Geoghegan.

Reacting to this, Mr Delaney said that as a criminal lawyer, John Devane was working to his own agenda.

“It’s very easy for somebody to make allegations,” Mr Delaney said, reiterating that all recording at Henry Street stopped the minute a call was transferred from the switchboard.

Members of the Garda Representative Association, meanwhile, have suggested that the government is pointing the finger of blame at gardai in order to distract from the political storm centred on the Minister for Justice Alan Shatter.

That showed little sign of abating this week with Fianna Fail justice spokesman Niall Collins tabling a motion of no confidence in the minister.

During his contribution to that debate on Wednesday, his fellow Limerick TD, Deputy Willie O’Dea, characterised the minister as somebody full of arrogance and hubris whose apology to the whistleblowers Maurice McCabe and John Wilson had to be “dragged out of him” last week only after pressure had been exerted by Fine Gael and Labour colleagues.

“I sat here while the minister was delivering those words. He delivered them with all the enthusiasm of Munster supporters cheering on Leinster in a Heineken Cup final,” Deputy O’Dea quipped.