Fundraiser for Limerick family who lost all in Christmas fire 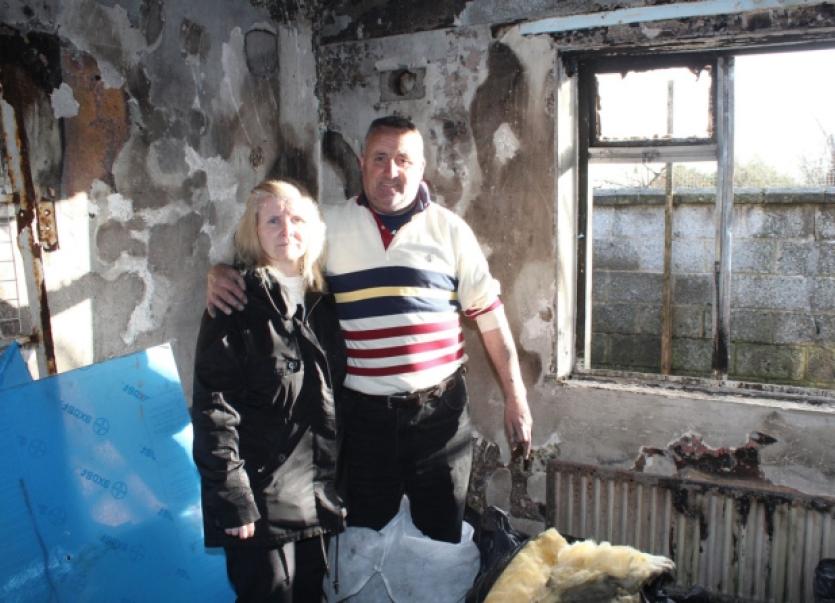 LIMERICK is rallying around a family who lost everything in a house fire on Christmas Eve, with a fundraising concert to take place in the city this week.

LIMERICK is rallying around a family who lost everything in a house fire on Christmas Eve, with a fundraising concert to take place in the city this week.

Ger and Suzanne Roche said they were only grateful there was no loss of life when their bungalow off Edward Street was completely gutted in a fire that broke out from a suspected electrical fault on the evening of December 24.

But Christmas gifts weren’t the only things the Roches lost to the flames. They had opted not to renew their house insurance last October in order to meet new bills. Relatives, friends and neighbours - as well as local businesses - have been involved in repairing and refurnishing the house.

And it is hoped that this Thursday’s gig at Paddy Frawley’s on Thomas Street will also help to get the popular family back on their feet.

One of the organisers, Gretta O’Shea of Unity Gospel Choir Limerick, said the fire had left “Suzanne and Ger and four children homeless with nothing only the clothes they stood up in”.

“Suzanne is an amazing woman who started The Indira Initiative, a charity providing much needed school uniforms and books for families in crisis.”

“Limerick business and ordinary people have really stepped up and are supplying building materials, floors, doors appliances and all sorts of things to help this family. Never was I more proud of my wonderful Limerick city and the people in it,” said Gretta.

Unity Gospel Choir Limerick, she said, would be delighted to perform at the fundraiser.

The choir was “all about singing with joy in our hearts and healing, so we are really excited to be involved in this project”, said Gretta.

Other acts on the bill include Wiseguys, Greg Ryan, Dapper Duo, Michelle Grimes, The Divas and Jennefer Barron.

Gretta said Robbie Carey, general manager at Pady Frawley’s, was “laying on all the trimmings” for what promises to be a fun-packed night with lots of great raffle prizes up for grabs.