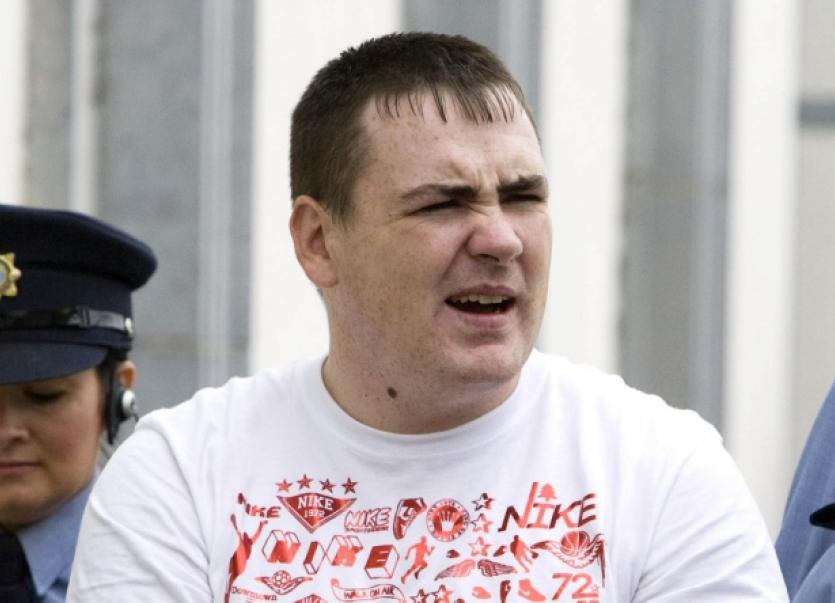 LIMERICK gardai are on high alert after convicted criminal, Ger Dundon, was released from prison at the weekend having served a lengthy sentence.

LIMERICK gardai are on high alert after convicted criminal, Ger Dundon, was released from prison at the weekend having served a lengthy sentence.

Dundon (26) who has an address in Ballinacurra Weston was due to be released this Monday but it is understood he was freed from Wheatfield Prison in Dublin at teatime on Saturday for security reasons.

His whereabouts since are not known.

The former partner of April Collins, received a five year prison sentence in February 2011 after he was convicted of violent disorder following an incident in the area Garryowen in February of the previous year.

The prosecution followed attempts by Dundon and other members of the McCarthy-Dundon gang to collect €20,000 they believed they was owed by nightclub promoter Mark Heffernan.

Last year, the Court of Criminal Appeal rejected an appeal against the severity of the sentence.

Dundon, who is believed to have stayed in the Dublin area since his release on Saturday, is expected to visit Limerick this week.

Previously, lawyers representing the 26-year-old, whose three children are living in Limerick with their mother, indicated he planned to move to the UK “for the rest of his life” following his release from prison.

It is not known if Dundon, who has almost 100 previous convictions, still plans to leave the country.

Despite his release at the weekend, his three older brothers, Wayne, John and Dessie remain behind bars and are serving varying prison sentences.

Last year, John Dundon (30) was sentenced to life imprisonment after he was found guilty of murdering rugby player in Dooradoyle Shane Geoghegan in November 2008.

Wayne Dundon (35) - who is serving a six year sentence for threatening to kill relatives of April Collins in 2011, is due to go on trial at the Special Criminal Court in March for the murder of businessman Roy Collins who was shot in Roxboro in 2009.

Dessie Dundon (30) is one of five men who are serving life sentences for murdering crime boss, Kieran Keane, more than a decade ago.