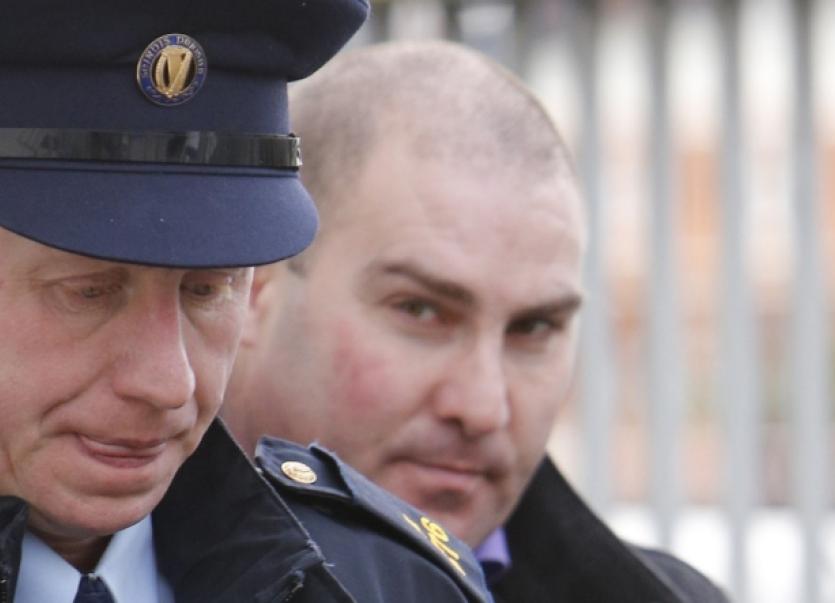 AN illegal moneylender who boasted that he never failed to secure repayments from his customers has been sentenced to two years imprisonment.

AN illegal moneylender who boasted that he never failed to secure repayments from his customers has been sentenced to two years imprisonment.

Ray McInerney, aged 38, of Rhebogue Hill, Rhebogue pleaded guilty to “engaging in the business of money lending” without a licence at various locations in Limerick on dates between January 1, 2010 and July 9, 2012.

McInerney also pleaded guilty to harassing a father and son at locations in Limerick on dates on November and December 2011.

He admitted making a threat - in July 2011 - to one of the men that he would stab his son.

The harassment, the court heard, involved the making of dozens of phone calls and the sending of “sinister and disturbing” text messages - some on Christmas Day 2011 - even though all of the monies owed to McInerney had been repaid.

Limerick Circuit Court was previously told that €10,000 in cash was seized when gardai searched the defendant’s home on July 9, 2012.

Bank accounts belonging to the accused, which contained a further €46,000, were frozen by the authorities and “discussions” are continuing between Mr McInerney’s lawyers and the Criminal Assets Bureau.

During their investigations, it was established by gardai that around €400,000 had “passed through” one account controlled by the defendant between March 2005 and February 2012.

Mr McInerney admitted he had issued around €100,000 in loans to around 40 customers over a ten-year period and that he had made around €150,000 in profit.

Brian McInerney BL, said just over €20,000 of the monies in his client’s accounts had been forfeited to the state in recent months as part of an income tax settlement.

Imposing sentence, Judge Carroll Moran said an aggravating factor in the case was that moneylending is an “insidious social disease”.

He said the harassment of the father and son by Mr McInerney was unacceptable and he commented that the “number of calls was as disturbing as the content”.

He noted there was no explanation for the harassing phone calls and texts and that some of them had been made while the defendant had been drinking.

The judge said a mitigating factor was that Mr McInerney had made admissions to gardai, had pleaded guilty and that he was charging 30% interest on loans, which is less than the maximum rate which licensed moneylenders can legally charge.

Judge Moran said it was an “unusual case” but added he had to impose a custodial sentence given the seriousness of the offence.

In addition to the prison sentence, McInerney was ordered not to communicate “directly or indirectly” with either the father or son for the next seven years.