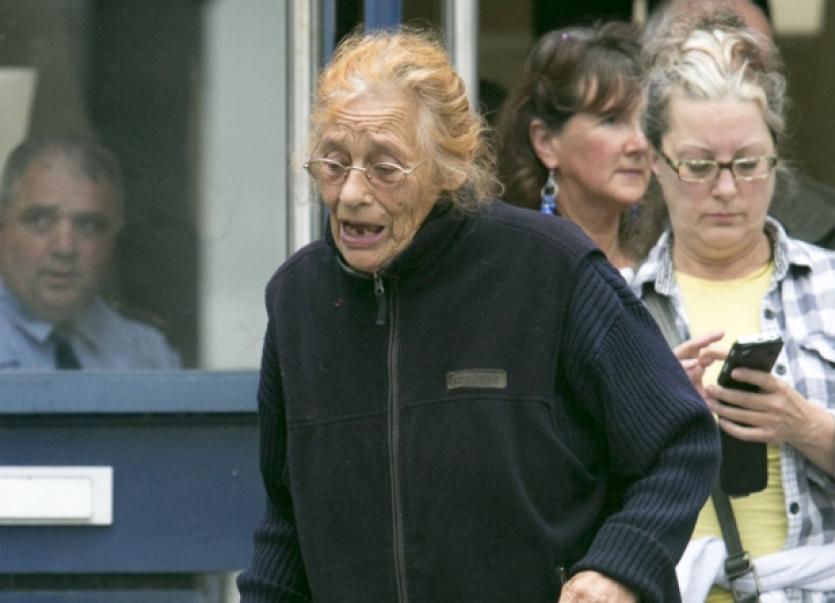 PROTESTS will continue outside Limerick Prison and the Dail this week to call for the release of 79-year-old peace activist Margaretta D’Arcy, who has been jailed for three months.

PROTESTS will continue outside Limerick Prison and the Dail this week to call for the release of 79-year-old peace activist Margaretta D’Arcy, who has been jailed for three months.

It has also emerged that her many supporters include Sabina Higgins, wife of President Michael D Higgins, a life-long friend of her family, who visited her in the Mulgrave Street jail at the weekend in a “private capacity”.

The visit took place less than a week after Ms D’Arcy, who is undergoing treatment for cancer, was jailed for refusing to sign a bond to uphold the law and keep away from unauthorised zones at Shannon airport.

Ms D’Arcy received a three-month suspended sentence last month for illegal incursion on the runway at Shannon airport on October 7, 2012 during a protest over US military use.

The sentence was activated when she refused to sign the bond and she was escorted from her Galway home to Limerick.

Ms D’Arcy’s son, Finn Arden, and two peace activists, Cmdt Edward Horgan of Shannonwatch and Niall Farrell of the Galway Alliance Against War (GAAW), also visited the prison this week. They said she had raised serious concerns about conditions within the high security female section of Limerick prison.

In a statement issued by Shannonwatch, they said: “She was in good form and very determined to continue her ‘conversation with the State’ from within the walls and barbed wire of Limerick Prison.”

Regarding her release from prison, they said she will only sign any documents if “the government takes steps to end the US military use of Shannon airport”.

Nell McCafferty, writing in The Irish Times, said she has “loved and admired” Margaretta D’Arcy for 40 years. “I do not plead for mercy for her. The moment she gets out, she will be back on her justifiable protest. The Government has a problem on its hands. We pensioners have not gone away , you know,” she said.

The protests will continue outside Limerick Prison each Friday, from 5-6pm. This Wednesday, January 22, there will also be a peace vigil outside the Dail from 1pm calling for her release.

She will also appear before Ennis District Court again this Wednesday to set a date for their second trial for protesting on the runway at Shannon Airport in September last.