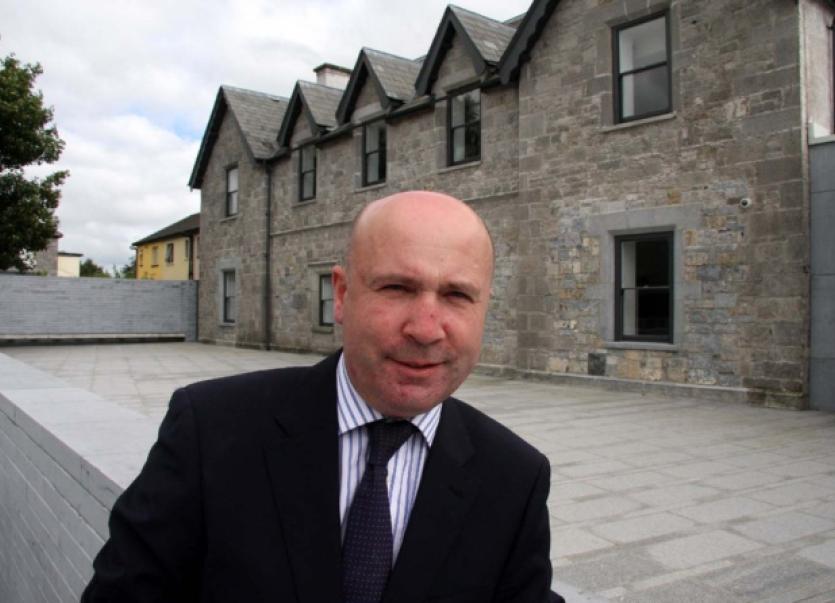 KILMALLOCK Court, which was officially opened after a €2.5 million refurbishment in July 2010, is now sitting just four days a month.

KILMALLOCK Court, which was officially opened after a €2.5 million refurbishment in July 2010, is now sitting just four days a month.

It was reduced from five days to four days from the start of January after the old Charleville day was moved to Mallow Court. When this was announced last June solicitors in Kilmallock and Charleville told the Leader they were furious at the move due to the loss of local business. Charleville gardai also have to go to an already busy Mallow Court instead of over the road to Kilmallock to prosecute cases.

“I was delighted to get the opportunity as a legal practitioner to appear for the first time in the magnificent new courthouse in Kilmallock.

“It is the third part of the excellent facilities - library, council building and courthouse - that we have in Kilmallock. However, from speaking to my colleagues and what I know myself I am worried about the future of the courthouse because it is clearly underused,” said Cllr O’Donnell. This is in stark contrast to the court facilities in Limerick city which are over stretched, he says.

“When for example the High Court is sitting in Limerick we have to move in to City Hall and use the council chamber for the county registrar list which is normally held in court no 3.

“With specific family law District Court sittings we can have two High Court, one Circuit Court, two District Court and the county registrar sitting. We have only four court rooms for those six sittings.

“We end up having to use the chamber in City Hall for the county registrar or worse still sittings have to be cancelled. All this while Kilmallock Court is sitting idle apart from four days a month,” said Cllr O’Donnell, who adds that he sees no reason why criminal trials can not be brought out from the city, which is “jam-packed”, and other business to Kilmallock.

He also says that county boundaries have never been a factor in court sittings or court areas.

“The old District 13 included Listowel and in fact the courts in Newcastle West, Abbeyfeale and Rathkeale were administered from Listowel.

“The fact that Charleville is in Co Cork was no justification for moving its business to Mallow,” said Cllr O’Donnell, who will be raising the “under utilisation” of Kilmallock Court with the Minister for Justice, Alan Shatter and the Court Service.

Last June, the Justice spokesperson, Niall Collins called Kilmallock Court a “white elephant” due to how little it is being used.

Deputy Collins said a number of business people in Kilmallock had been in touch with him.

“They are concerned with the effect the loss of court days will have on them,” he said.