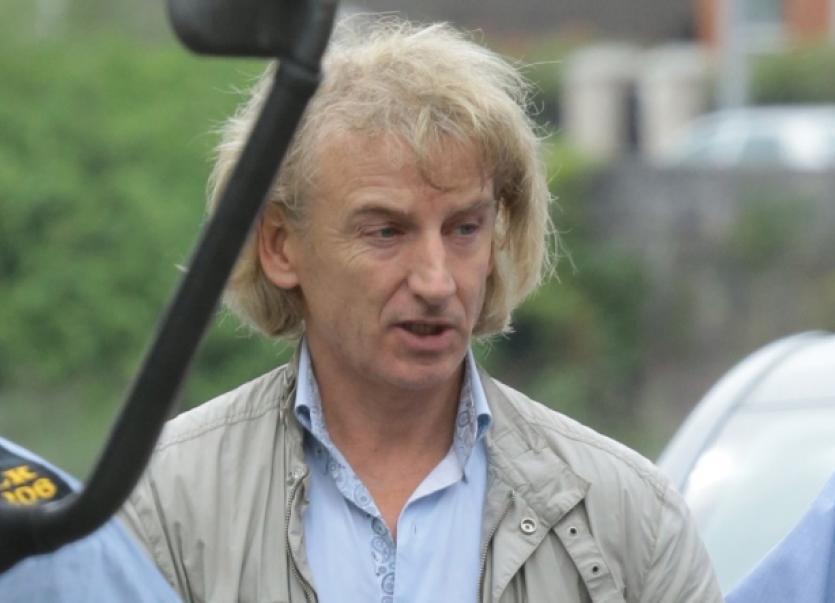 A County Limerick man who is accused of importing around €80,000 worth of drugs is expected to stand trial at Limerick Circuit Court later in the year.

A County Limerick man who is accused of importing around €80,000 worth of drugs is expected to stand trial at Limerick Circuit Court later in the year.

Patrick Scanlon, aged 53, who is originally from Loughill is accused of importing the of cannabis, which was allegedly posted from Spain to a house in Pallaskenry last August.

Mr Scanlon is also charged with possession of the drugs for the purpose of sale or supply.

The drugs, which were allegedly packed with clothing items, were originally thought to be worth around €96,000 but this figure was since rounded down.

The package containing the drugs was seized during an operation involving gardai and customs officers.

On Tuesday at Limerick Court, Judge Eugene O’Kelly was told the book of evidence had been completed and served on the accused man by Garda Shane Hayes.

Sergeant Donal Cronin said the Director of Public Prosecutions consented to the matter being sent forward for trial at the next sittings of Limerick Circuit Court.

The judge granted an application - made by solicitor John Devane - to extend legal aid to include a barrister and a senior counsel.

After informing Mr Scanlon that he must supply details of any proposed alibi evidence to gardai by February 4, the judge formally forwarded the case to the circuit court.

The defendant, who did not speak during the brief hearing, was remanded in continuing custody, having previously been refused bail.

The bail application, which was made last month, was opposed by Det Garda David Baynham of the divisional drugs squad, who said he feared the defendant would not stand trial if released.

He said the defendant gave gardai a false name when arrested and that he has also lived under an alias, Patrick Jones, in the past.

Det Garda Baynham said the defendant was arrested in Clarina shortly after the cannabis was recovered and he alleged he was chewing a sim card, which he said will connect Mr Scanlon with another man who was arrested at the house where the drugs were seized.

He added that gardai have been unable to verify the address at a hotel in Jersey, which was given by Mr Scanlon.

The defendant’s solicitor, John Devane previously criticised the delay in securing directions in the case and during the bail application, he accused the DPP of bringing “trumped up charges” against his client.

The judge also dismissed any suggestion that there had been Mala Fides on the part of the DPP.

Mr Devane also criticised some of the media coverage of the case to date saying the media “have had a field day with this” and had “already tried and convicted” his client.

Judge O’Kelly said any concerns Mr Scanlon had in relation to publicity is a matter which should be raised with the trial judge in due course.

Mr Scanlon is now expected to appear before the circuit court in April, when a trial date will be set.

If convicted of the charges, the defendant faces a mandatory sentence of ten years imprisonment.