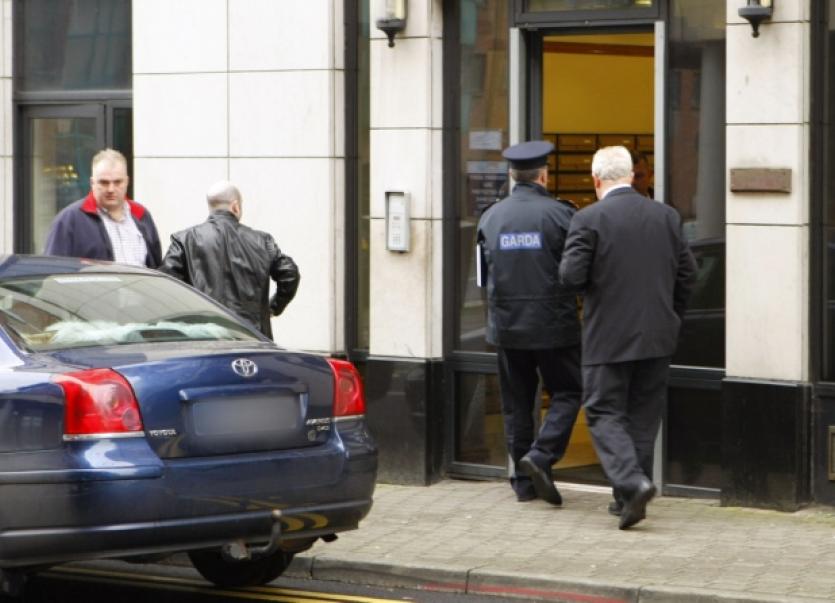 A TECHNICAL examination of the scene at which a pensioner was murdered at the weekend has now been completed, it was confirmed this Wednesday.

A TECHNICAL examination of the scene at which a pensioner was murdered at the weekend has now been completed, it was confirmed this Wednesday.

No arrests have been made to date as gardai continue to investigate the fatal stabbing of 65-year-old Patrick Redmond in an apartment at Mount Kennett Place in the early hours of last Sunday morning.

Mr Redmond died of a single stab wound to the back after what is believed to have been a “silly argument” escalated and got out of control. Gardai declined “for operational reasons” to confirm this Wednesday that a kitchen knife believed to be the murder weapon had been removed from the scene and sent away for analysis.

Reports this week also suggested gardai had spoken to a woman who is believed to have been present in the apartment block at the time of Mr Redmond’s death and a person of interest in the case.

Up to 30 gardai based at Henry Street are involved in what is the first murder investigation launched in Limerick in almost two years and which is being led by Supt Dan Keane.

Mr Redmond, a separated father of three grown-up daughters originally from Dublin but living in Limerick for a number of years, was found stabbed on the floor of an apartment just down the hall from where he lived.

No arrests had been made as of Wednesday afternoon and gardai would only say officially that they were “working towards establishing a motive in the murder investigation”.

However, the Limerick Leader has learned from a source close to the case that the motive is “not going to be robbery or anything like that, it is going to be some sort of a silly argument that has gone wrong”.

“It wasn’t a house party, or anything like that, it wasn’t drugs fuelled, it was some sort of silly argument gone wrong,” repeated the source.

Gardai are said to be “keeping an open mind” and forensic experts earlier in the week combed through two scenes in the apartment complex. Officers also conducted door-to-door enquiries of the entire complex.

A number of items have been removed from the apartment building and are going forward for forensic examination, which will determine the next course of action for gardai. These are believed to include a number of knives.

Mr Redmond, who did not have a criminal record, was living in an apartment on the same floor of the complex where he was found for the past number of years.

He was described as being “quite frail” and in poor health and was recently released from hospital where he was being treated. He also suffered a recent break-in to his apartment, it is understood.

A post-mortem carried out by deputy state pathologist Dr Michael Curtis on Sunday established that Mr Redmond died from a fatal stab wound to the back.

Gardai are still appealing for witnesses to contact Henry Street in confidence on 061-212400.

There were no funeral arrangements for Mr Redmond at the time of going to press.