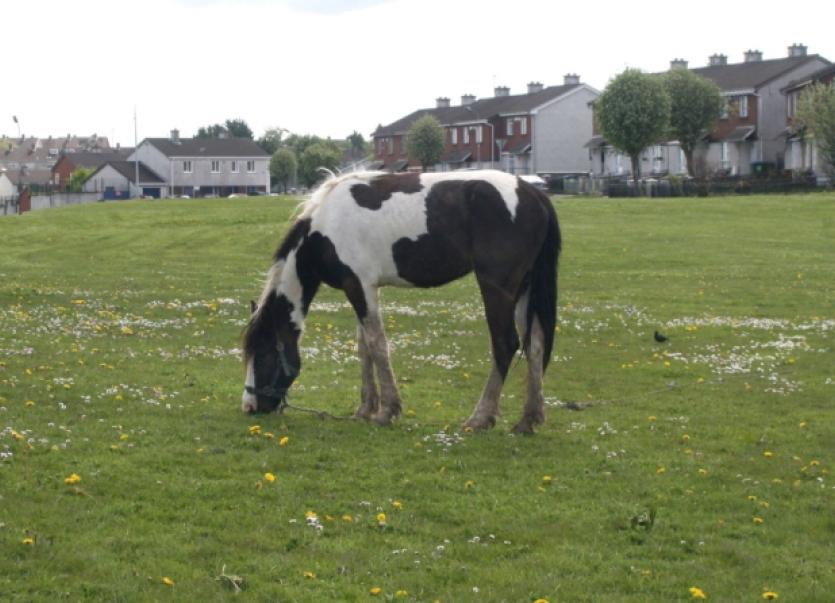 A TOTAL of 27 horses grazing illegally in the city were seized in the last quarter, new figures have shown.

A TOTAL of 27 horses grazing illegally in the city were seized in the last quarter, new figures have shown.

Statistics presented to councillors at this month’s environment committee meeting show that between July and September, horses were seized from the North Circular Road, Southill, Henry Street, Moyross and Garryowen among other places.

Limerick City Council was faced with a bill of €37,395 in collection fees - and they can claim just half of this fee back from the Department of Agriculture.

Keeping a horse in the city is illegal without a licence - and these are very rarely given out.

Sean Griffin, who sits on the environment committee described the situation as “annoying”, “ludicrous” and a “wilful waste of public money”.

Sinn Fein councillor Maurice Quinlivan added: “We talk about horses all the time, but we do not get the issue sorted because we do not force it. We need to ensure that the horses are taken out of the estates.”

He said he hears reports on a regular basis of young and elderly people almost getting killed by horses.

And he also claimed that farmers from neighbouring Co Clare are dropping their horses in Moyross.

Fianna Fail councillor Kieran O’Hanlon said: “A lot of criminals keep horses, and they have no love for the animals, but they feel they have some use for the horses. It is an absolute disgrace that some people are allowed to keep horses: it is totally unacceptable.”

The horses should be taken off them, and they should be pursued through the courts. You would not keep an elephant if you do not own a zoo - it should be the same with horses.”

Councillor Gerry McLoughlin had the novel idea of allocating some of the €6m funding from the City of Culture project for horse projects.

“Horses are a part of our culture. Can we provide something under this?”

He failed to receive an answer from the executive.

Cathal McCarthy, who has just joined the committee, suggested a meeting with a newly convened group focusing on horses in the city.