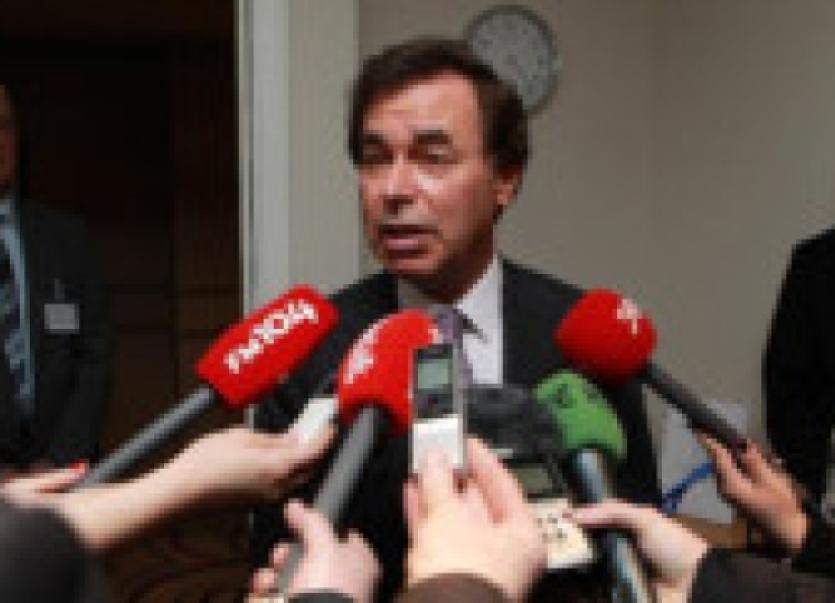 TWO ministers have now added their voices to the condemnation of anti-Semitic posters which were on display on a bridge in West Limerick.

TWO ministers have now added their voices to the condemnation of anti-Semitic posters which were on display on a bridge in West Limerick.

The posters, at Sugar Hill, near Barnagh, were removed two weeks ago when the matter was highlighted by the Limerick Leader.

Earlier this week, Justice Minister Alan Shatter, who was mentioned in the posters, said those responsible should come clean and identify themselves.

Speaking to the Irish Times, Minister Shatter said the posters clearly illustrated an undercurrent of anti-Semitism. “These posters make covert anti-Semitism overt,” he added.

One of the posters read: “Jewish influence in our dictatorship has brought Palestinian devastation to Ireland” while another, under a picture of Mr Shatter read: “Ye will all be as poor as the Palestinians when we are finished and be glad to have €5 a day.”

In response, Minister Shatter said: “I am not accusing individuals who have a critique of the current position in the Middle East but there are some, and I emphasise some, who use the Palestinian cause as a flag of convenience for anti-Semitism.”

Minister Jan O’Sullivan, was equally robust in her condemnation of the poster. “These abusive posters, many of which are anti-Semitic, are completely unacceptable,” she said this Tuesday. “They could well be interpreted as incitement to hatred and I would urge anyone who knows who has embarked on this stupid and offensive action to inform both the local authority and the Gardai.

“Robust political debate is part and parcel of the democratic process, but these posters are far beyond that – they are racist, ignorant and offensive and whoever is behind this should stop and also be made to face the consequences of their actions.”

When the existence of the posters was first highlighted, Fine Gael councillors Damien Riedy and Jerome Scanlon expressed their concern over the anti-Jewish slant.

Christy Kelly, who is standing in the local elections as an Anti-Austerity candidate also dissassociated himself from the anti-Semitic content. However, he told the Limerick Leader, he knew who had put them up and would ask him to take them down.

Within 12 hours, the posters had been removed. In a letter last week to this paper, Mr Kelly spelled out his position saying: “I oppose cruel, unfounded and untrue personal attacks on any individual.

“Even though the sentiments expressed by the anonymous individual were rightfully deemed to be unacceptable by councillors Scanlon and Riedy, it ought to be understood by them that their party colleague Mr Shatter has refused to condemn the many atrocities being perpetrated by the state of Israel on a daily basis on the innocent Palestinian people.”