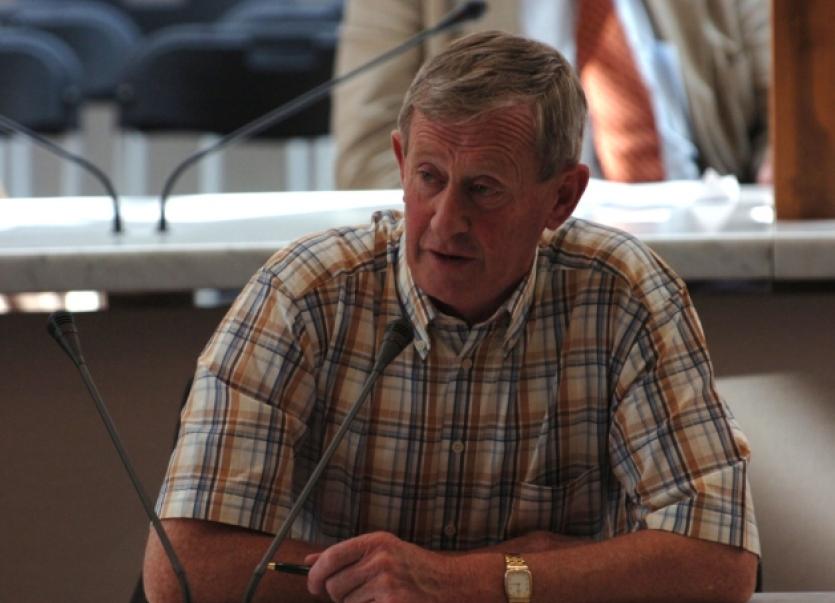 PEOPLE power will come into play in the future governance of Limerick says Cllr Noel Gleeson, who describes the decision to have 21 councillors in the city and 19 in the county as “the greatest kick in the backside” to Limerick County Council.

PEOPLE power will come into play in the future governance of Limerick says Cllr Noel Gleeson, who describes the decision to have 21 councillors in the city and 19 in the county as “the greatest kick in the backside” to Limerick County Council.

The Fianna Fail councillor was speaking at a special meeting of Limerick County Council to discuss the Local Government Bill and the issues that may have an impact on members of the local authority.

Cllr Gleeson said to have 21 councillors in the city and 19 in the county, would be a “financial issue” going forward.

“People power will come into play. I would be worried for the county,” he said.

During the meeting in County Hall, which was called by councillors, Cllr Michael Collins suggested setting up a cross-party committee which would meet the relevant people including possibly the minister for the environment, community and local government, Phil Hogan.

Cllr James Collins said the powers of representatives at local level are being “diluted”.

“We used to have a lot more say in the past.”

Cllr Collins said that he had hoped the net effect of the Bill would be that councillors would be given the powers to have “a real influence and say” in how Limerick is run, and secondly, that it would be given adequate finances to enable them to do that. “I think what is happening, and Limerick is a prime example of it, is there is a side-lining of councillors,” he said.

“The councillors need to be there when the decisions are being made. What is happening and it happened a lot in this chamber is the meetings become a reporting exercise – the executive come back and tell us what decision they have made on our behalf.”

He said he had thought the Local Government Bill “would put us back front and centre” at the “heart of the decision making process”. Cllr Mike Donegan raised concerns over a reduction in the rates rebate for vacant commercial properties as proposed in the Bill and the effect it will have on Shannon Airport which is to be merged with Shannon Development. As it stands, commercial properties are subject to rates payable to the local authority, but in Clare a 100% rebate is subsequently applied when the property is unoccupied. The Bill proposes that the level of refund of rates will be standardised at a rate of 50% nationally, in line with current practices in Limerick, Dublin, and Cork cities.

“I would not agree with that – penalising landlords who have vacant commercial properties,” said Cllr Donegan.

Cllr John Egan said there was going to be a “two tier council”.

Cllr Bill O’Donnell said that in his opinion the Mayor would have no more power that the chair of the Kilmallock/Cappamore area.

“I don’t see why we are creating this great Limerick city – it is only going to be the same as Kilmallock, Cappamore or Rathkeale insofar as the legislation is concerned. It might have a city charter. They are not going to have any more power than the chair of Kilmallock or Rathkeale.”

In relation to the new chamber, he said it “will be up to us to fight our corner”.

“The boys in the city have this great ability to fight amongst themselves. At least we have a history of co-operating with each other.”

Cllr James Collins asked if it would be a good idea to have a presentation by someone from the council or from outside, on the Bill and the implications for councillors.

Pat Dowling of corporate services, human resources and the City Development Board, said there were questions and challenges arising from the Bill “some of those we would share ourselves. There are questions that need to be answered”.

He said the manager, Conn Murray, will be holding workshops with all the councillors in the coming weeks which will outline plans in terms of strengthening local areas. “We all have to try and make sure that whatever is the final outcome when this legislation is enacted that we all work together so that all areas will benefit.”

Cathaoirleach John Sheahan said he would convene a workshop to go through the document.